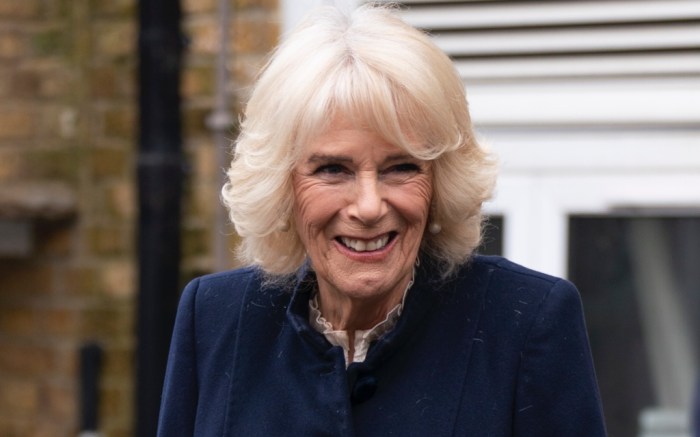 Queen Consort Camilla visited the charity Emmaus Community at Bobby Vincent House in West Norwood, London this morning. The royal learned about the organization’s efforts to develop a female-only provision for the homeless.

During the occasion, Camilla wore a dark navy wool coat with a velvet buttoned front. The knee-length piece was layered atop a ruffle-trimmed white blouse, and paired with pearl drop earrings.

When it came to footwear, Camilla slipped on a pair of black boots. Her style appeared to feature suede uppers with a slouched texture, accented by lightly squared almond-shaped toes. Short heels totaling at least 1 to 2 inches in height finished the set, giving her a subtle height boost that was easy to wear throughout the outdoor event.