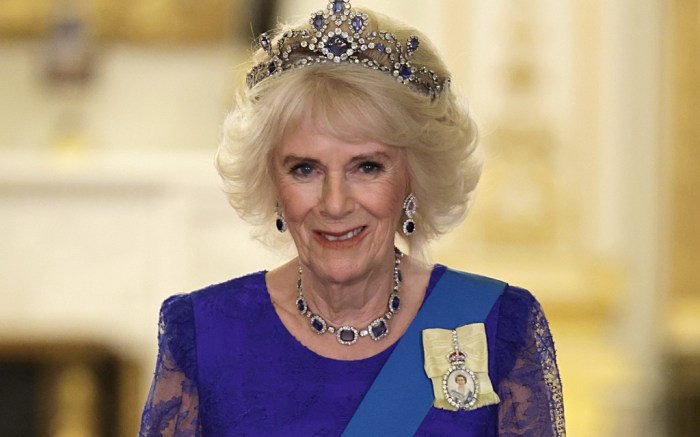 Queen Consort Camilla brought back the late Queen Elizabeth II’s treasured jewelry for her first state banquet this week. The occasion marked the first state visit hosted by the royal couple since taking the throne earlier this week.

Her ensemble’s most prominent feature was sparkling sapphire and diamond necklace and drop earrings previously belonging to Queen Elizabeth II, a past wedding gift from King George VI in 1947. Camilla also wore the set’s matching tiara and bracelet, which Elizabeth commissioned in 1963. A blue sash and a jewel-lined brooch finished her ensemble.

When it came to footwear, Camilla’s shoes were not visible beneath her gown’s long hem. However, it’s likely she donned a set of low-heeled pumps for the occasion, featuring closed toes in a matching or complementary dark hue.