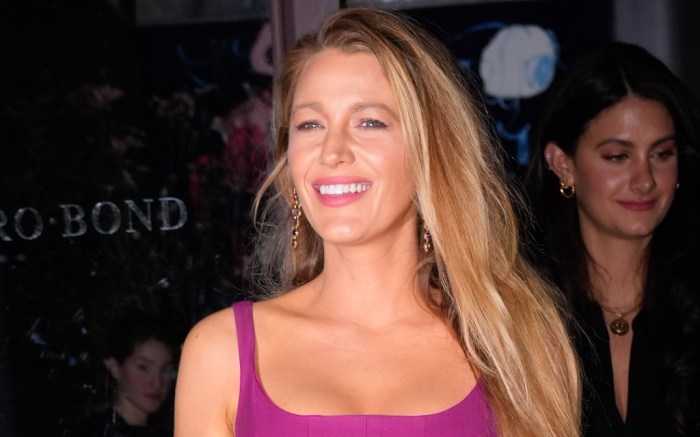 When paired together, the pieces’ silhouettes and history created a color-blocked look that could have been crafted by “GG” costume designer Eric Daman himself.

This isn’t the actress’ only fashionable fete this season. In less than two weeks, Lively will serve as one of the co-chairs of the 2022 Met Gala for the Metropolitan Museum of Art’s “In America: An Anthology of Fashion” exhibit, alongside husband Ryan Reynolds, Regina King and Lin-Manuel Miranda. Held on May 2 in New York City, the star-studded event, supported this year by Instagram and Condé Nast, raises funds for the Museum’s Costume Institute’s exhibitions and future improvements. Similarly to the 2021 Met Gala, honorary co-chairs will include Vogue’s editor-in-chief Anna Wintour, as well as designer Tom Ford and head of Instagram Adam Mosseri.

When it comes to fashion, Lively has a penchant for glamour. On the shoe front, she often wears pointed-toe pumps, lace-up boots and strappy sandals by Louboutin, Alaïa, Tory Burch and Valentino. When off-duty, she prefers sneakers by Nike, Allbirds and Vans. The “A Simple Favor” actress has been a longtime fashion fixture, stemming from her glamorous style and close designer friendships. Lively previously served as the face of L’Oreal and Gucci’s Gucci Premiere perfume, as well as Chanel’s Mademoiselle handbag line, in the early 2010’s. She’s also a front row regular at Fashion Month, appearing at shows for Michael Kors, Gucci and Dior, among others.

Discover Lively’s hottest shoe moments over the years in the gallery.

Spice up your looks with bright red pumps.