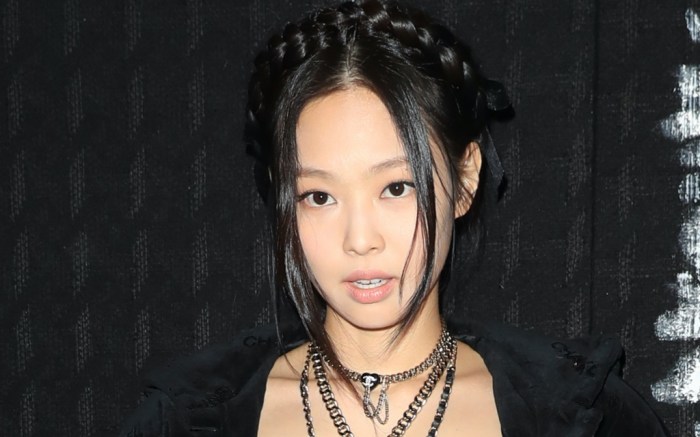 Jennie Kim of Blackpink is on a roll this week, having just announced her acting debut in HBO’s series “The Idol” and released “Pink Venom,” Blackpink’s newest song. Now, she can add another accomplishment to her resume: Calvin Klein model.

While posing for the brand’s Fall 2022 season, Jennie was shot by Alasdair McLellan in an all-black ensemble. Her outfit featured a simple bralette with thin upper straps, paired with wide-leg denim jeans. Jennie’s pieces were simple and understated, remaining essentially timeless while being easy to layer with other pieces.

Though her footwear was not visible, it’s likely the “Solo” singer remained barefoot for the occasion — as many models have been in Calvin Klein’s campaigns over the years. However, her ensemble was so versatile that it could have been paired with any array of shoes, including sneakers, pumps, slides or sandals.

Jennie’s Calvin Klein moment came after the release of Blackpink’s viral music video for “Pink Venom,” which has already garnered 190 million views. One of Jennie’s boldest outfits for the occasion, as shared on Instagram, was a flowing red leopard-printed Alaïa gown with sheer sleeves, legs and a face covering, complete with Chanel jewelry and towering black GCDS platform heels.

For footwear, Jennie typically opts for chic and classic styles. As a Chanel brand ambassador, the “Lovesick Girls” singer can frequently be seen in the luxury brand’s boots, pumps and sandals. However, she’s also donned heels by Nodaleto, Schutz, Gianvito Rossi and other luxury brands as well. Off-duty, she can be seen in slides, boots and sneakers by Clergerie, Vivienne Westwood, Adidas and Yeezy.

Discover Blackpink’s most stylish looks over the years in the gallery.