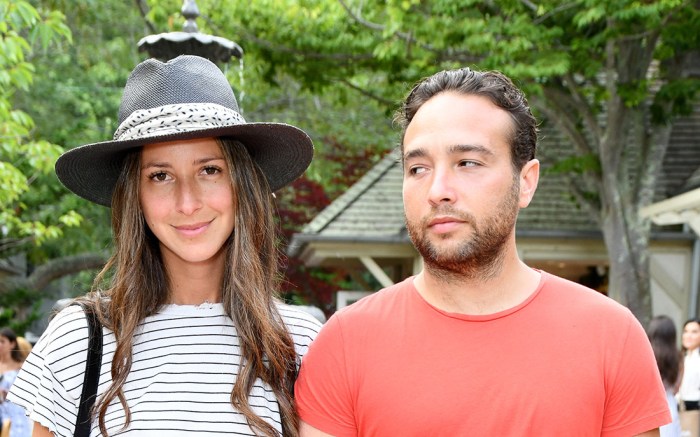 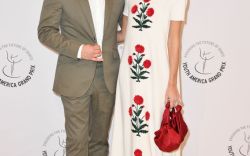 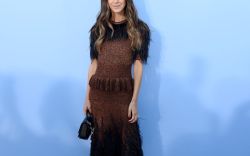 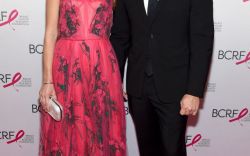 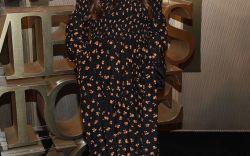 Arielle Charnas took a sparkly approach to New Year’s Eve style while modeling a new dress for the occasion this week.

As seen on Instagram Stories on Tuesday, the influencer and founder behind Something Navy posed in mirror selfies while wearing a gifted dress by Ilta. Her long-sleeved piece included black and silver sequined stripes, as well as a dynamic thigh-high slit. The party-ready piece was paired with Sergio Rossi heels, a gold bangle and diamond stud earrings by Charnas — who did not add further sparkle by accessorizing with her wedding ring from her husband Brandon Charnas, who is an agent at Current Real Estate.

Charnas’ new post follows viral rumors that she is divorcing Brandon as well as allegations that he was embezzling money from Something Navy this week, which has been denied by both the brand’s CEO Matthew Scanlan and Current Real Estate, according to WWD.

“This is categorically false,” said Scanlan. “Brandon Charnas does not have access to company bank accounts. He is not an employee of the company, and he has no access points,” he said.

Regarding the split, a representative for Charnas told WWD: “This is patently false. They are happily married and in love.”

WWD adds that a story is expected to publish on Business Insider on Thursday. The gossip Instagram account Deuxmoi also caused a torrent of comment teasing the forthcoming story; and Reddit users were adding visibility to the claims.

Charnas originally launched “Something Navy” as a personal style blog in 2009, which quickly amassed a large following and made her a star in the street-style and Fashion Month scene. Since then, the platform grew into a full women’s fashion brand, released in 2020. Following the line’s launch, Charnas’ brand has also launched collaborations with Literie, Superga, Soru and Treasure & Bond, as well as two capsule collections with Parisian label Ba&sh.

In recent news, Something Navy also hired Betty Wang as its first brand president in October 2022. Previously, Wang served as the Vice President of Handbags for Saks Fifth Avenue.