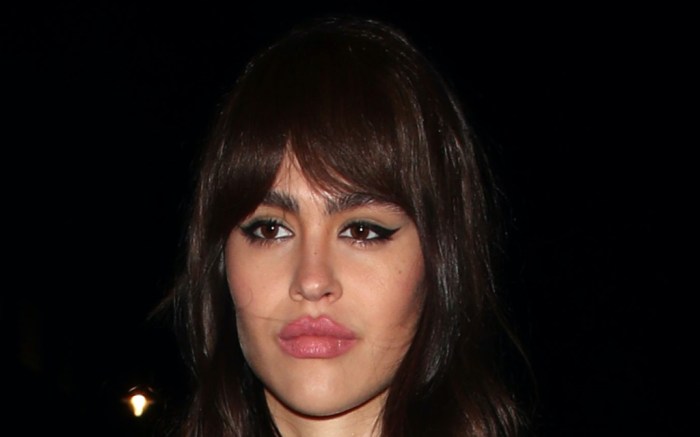 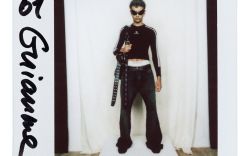 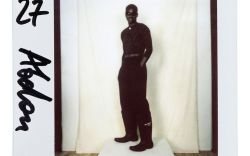 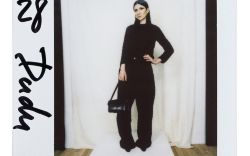 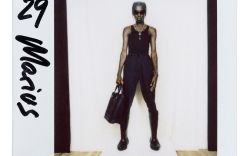 Amelia Hamlin debuted her slickest look to-date while arriving at a London Fashion Week party for “Perfect Magazine.” Taking place at the Standard Hotel, the event featured a star-studded guest list including Iris Law, Chloe Cherry and Georgia May Jagger.

Hamlin arrived at the Standard in a sleek black leather gown. The piece featured a strapless silhouette, as well as hem slits and side stitching. Hamlin completed her look with a black Balenciaga Hourlgass handbag, and briefly layered a green sequined coat over the dress when leaving the party with Marc Jacobs’ husband, Charlie DeFrancesco. The star’s look was her latest during Fashion Month, where she’s walked for brands like Supriya Lele and attended shows by Michael Kors and Daniel W. Fletcher.

Topping her look was a green and purple Bea Bongiasca necklace, smoothly complementing her outerwear and adding a pop of color.

When it came to shoes, Hamlin went for a pair that was equally daring. The model’s footwear of choice was a pair of towering platform sandals, featuring black patent leather uppers with buckled ankle straps, wide toe straps and thick platform soles. Though her heels weren’t visible, the pair likely included stiletto or block heels totaling at least 4 inches in height. The style enhanced the edginess of Hamlin’s look, while keeping it sleek and youthful.

Platform sandals are a top footwear trend this season, due to their support from thick soles and upper straps. Pairs like Hamlin’s are especially popular, often featuring neutral uppers in leather or suede textures. New styles have also emerged from a range of brands, including Kate Spade New York, Jeffrey Campbell and Larroude. In recent weeks, stars like Charli D’Amelio, Nicole Scherzinger and Taraji P. Henson have also worn platform sandals by Steve Madden, Jimmy Choo and Tom Ford.

For footwear, Hamlin often leans towards sleek and casual styles. When off-duty, the “Real Housewives of Beverly Hills” star can be seen in The Row boots, Prada and Sam Edelman loafers and New Balance sneakers. Her wardrobe also features plenty of mules, platforms and strappy sandals from Giuseppe Zanotti, Femme LA and Sophia Webster, among other top brands. Hamlin’s a fixture in the fashion world, appearing in campaigns for Banana Republic, Hudson Jeans and What Goes Around Comes Around over the years, as well as walking runways for Richard Quinn, Bronx and Banco and LaQuan Smith during Fashion Month.