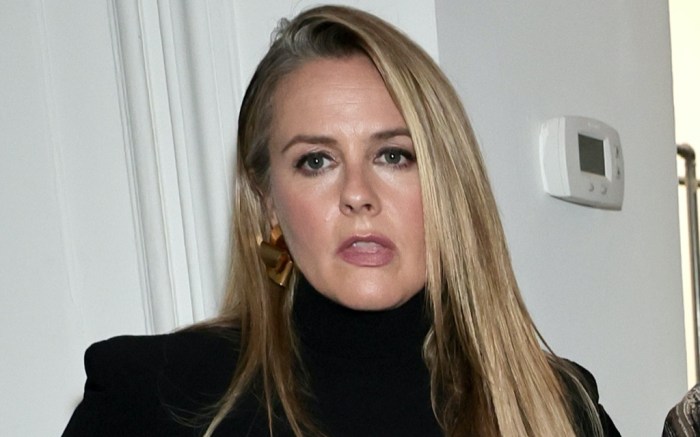 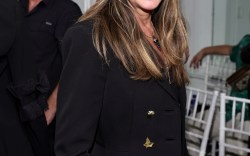 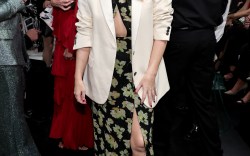 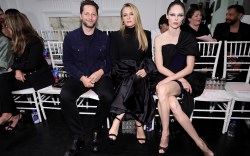 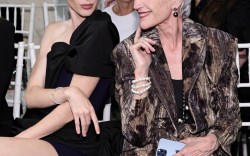 The “Clueless” star arrived at the Elizabeth Taylor Townhouse for the occasion on Wednesday night, dressed in a full Siriano ensemble. Her outfit prominently featured a black velvet midi dress with a tiered satin hem and matching ballooned cuffs. The number also included sharp shoulders and a high neckline for added formality. Finishing the actress’ outfit were thick gold drop earrings.

When it came to footwear, Silverstone opted for a simple set of heeled sandals. Her black pair included thin toe straps and soles crafted from soft suede. Completing the pair were stiletto heels totaling 3-4 inches in height, providing a clean finish to the actress’ outfit that allowed her dress to make the greatest statement.

“I looked back at some of the most stylish women from the past – everyone from Audrey Hepburn to Marilyn Monroe, Katherine Hepburn, Bianca Jagger, Judy Garland, Ava Gardner, and of course the iconic Elizabeth Taylor, can be found in this collection,” Siriano said in a statement. “We all have a little bit of that old Hollywood glamour in us, so my hope is that the collection transports you to a different time and helps you channel your inner style icon.”

PHOTOS: Christian Siriano NYFW Spring ’23 Show: All the Celebs on the Front Row