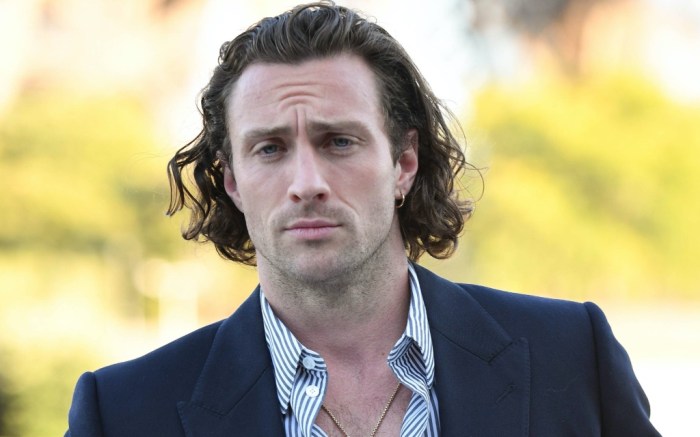 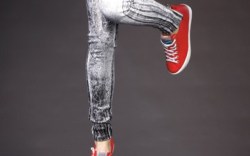 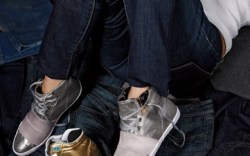 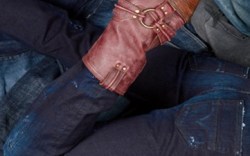 Aaron Taylor-Johnson made a casual-formal statement on the press tour for “Bullet Train” in Paris.

The action film stars Brad Pitt as an assassin caught on a bullet train with numerous other assassins, all vying for a mysterious briefcase. The movie — which also stars Taylor-Johnson, Joey King, Brian Tyree Henry and Bad Bunny — premieres on August 5.

The Golden Globe-winning actor posed with Pitt, King and Tyree Henry, as well as director David Leitch and producer Kelly McCormick, at the Bateau L’Excellence near the Eiffel Tower on Saturday. For the occasion, he wore a navy blazer in a double-breasted silhouette, topped with sharp lapels and rows of gold buttons. Taylor-Johnson’s jacket was layered over a pinstriped shirt, as well as blue jeans and a brown leather belt — simultaneously combining different dress codes for a chicly nonchalant appearance. Completing his look was a gold pendant necklace, chain bracelet and single thin hoop earring.

Though the “Godzilla” actor’s footwear was not visible, it’s likely he boosted his outfit with a set of matching or coordinating boots. Similar styles have emerged as an alternative for men’s red carpet footwear, veering between the casual nature of a sneaker and the formality of a loafer — which would create an ideal in-between silhouette for Taylor-Johnson’s equally half-formal, half-casual outfit.

Discover more jeans over the years in the gallery.