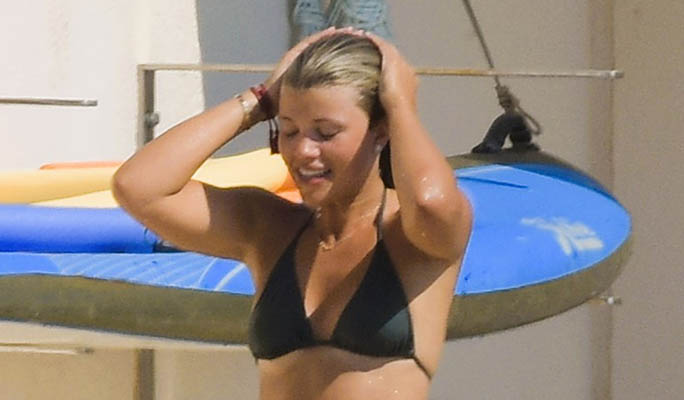 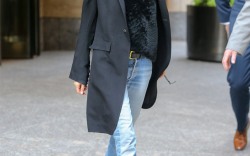 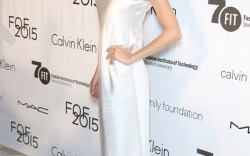 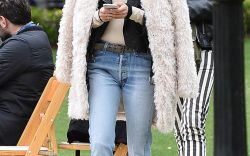 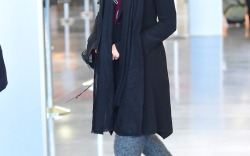 Sofia and Nicole Richie are enjoying their sibling bonding and what we have left of summer on the beach.

The Richie sisters strut the beach in caftans, celebrating the winding down of summer vacation time and enjoying the sand between their toes.

Nicole wore an olive green caftan, a straw summer hat, and oversized sunglasses. She opted to go barefoot and enjoy the sand in between her toes. Nicole also accessorized with a stack of bracelets on her arm.

In contrast, Sofia wore a pair of square-shaped sunglasses fit to her face, a lilac maxi shirt dress with matching lilac elastic waistband pants, and white thong sandals with a chunky thong.

The two had some playful sister time on the beach, with Sofia appearing to run Nicole through the equivalent of physical therapy on the beach, giving her leg bending stretches. Nicole seems surprisingly relaxed like this is part of her morning yoga flow. The music playing over the Instagram story was Beyoncé’s “Virgo Season” off her new album “Renaissance.”

Sofia celebrated her 24th birthday yesterday, with many of her close pals and confidants giving her a shout-out on Instagram, including Nicole’s former “Simple Life” co-star, Paris Hilton.

As Sofia Richie celebrates her 24th birthday, she also has quite a few defining moments in her modeling career to look back on. At age 15, Sofia signed her first modeling deal, and soon after she appeared as the face of Madonna and her daughter Lourdes Leon’s line Material Girl, named after Madonna’s hit single. She has also been featured in advertising campaigns for top brands, including Michael Kors and Tommy Hilfiger.

While it is unknown where Nicole got her caftan and Sofia got her maxi shirt dress, Nicole is known to regularly take style inspiration or wear actual pieces from her line, House of Harlow 1960. Both vintage pieces and a California-cool aesthetic inspire the line.