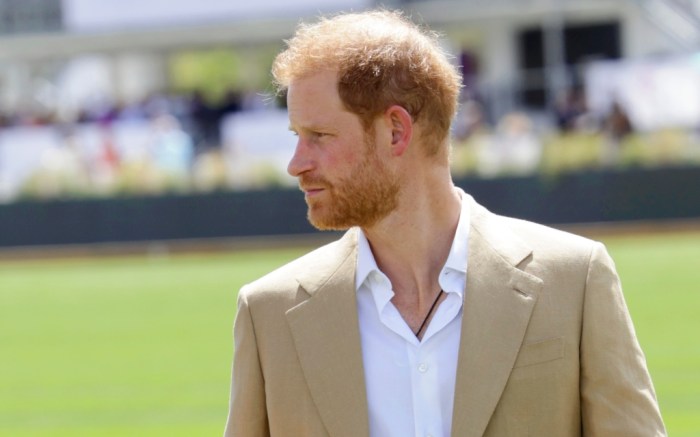 If there’s someone to look to for style cues on how to dress for a polo match, it’s none other than Prince Harry.

On Thursday, the Duke of Sussex traveled to Colorado to compete in the Sentebale Polo Cup at the Aspen Valley Polo Club. Before he suited up in his polo uniform, Prince Harry decked himself out in a white button-up shirt, white pants, a tan blazer, a tan belt, and tan desert boots.

The charity match benefits Sentebale, an organization Prince Harry founded in 2006 alongside Prince Seeiso of Lesotho to provide support to children in Africa affected by poverty, inequality, HIV/AIDS, and most recently COVID-19. It was the second year in a row the charity took place in Aspen, just a short plane ride away from California where Prince Harry now resides with his wife Meghan Markle.

Since stepping down from their roles as working royals, Prince Harry and Meghan Markle have continued their charity work. The couple plans on traveling to the U.K. in early September to participate in a series of charity events. Prince Harry also recently committed to giving 1.5 million dollars of the proceeds from his upcoming memoir to charity.

In addition to their charitable endeavors, Prince Harry and Meghan Markle have also inked deals with Spotify and Netflix. It was recently announced that Meghan Markle’s new podcast will feature music legend Mariah Carey as a guest interviewee.