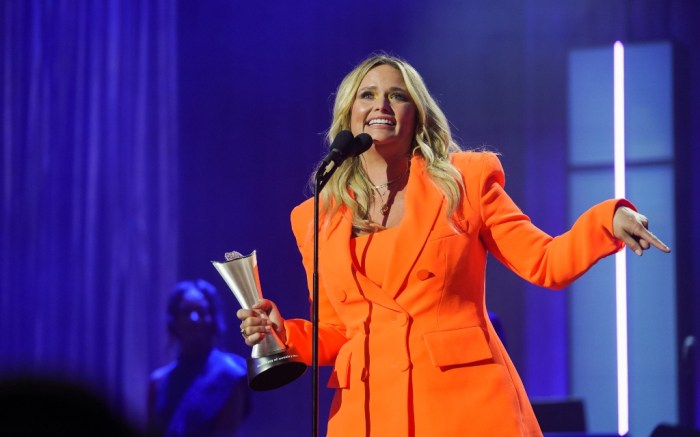 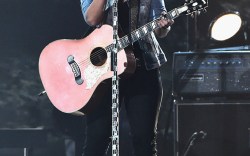 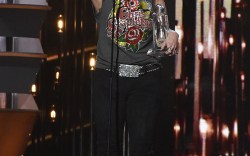 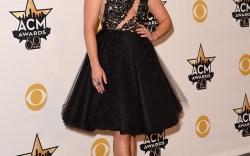 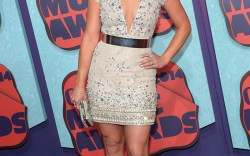 The blazer was form-fitting and well-tailored, cut to excellency for Lambert’s big win. Lambert’s gold Ahikoza bag is a red carpet favorite from the brand’s Madison Minaudière collection and is made from cobra skin.

Lambert’s iridescent pumps also had a hint of orange to compliment her dress. She didn’t miss a beat on accessorizing with jewelry either. On her hands were several statement rings that paired well with a three stack of gold necklaces, and shoulder duster earrings.

For beauty, Lambert opted for a yellow gold eyeshadow, a tertiary option for the orange dress and blazer. She went for a natural makeup look with a nude lip and just a touch of blush. For hair, she went for a middle part with wavy locks.

It’s been a big year for Miranda Lambert. In addition to winning the Triple Crown distinction from the Academy of Country Music, she’s also preparing for her Las Vegas residency opening on September 23 at the Zappos Theater at Planet Hollywood. Lambert is only the tenth artist in history to win the coveted Triple Crown Award.