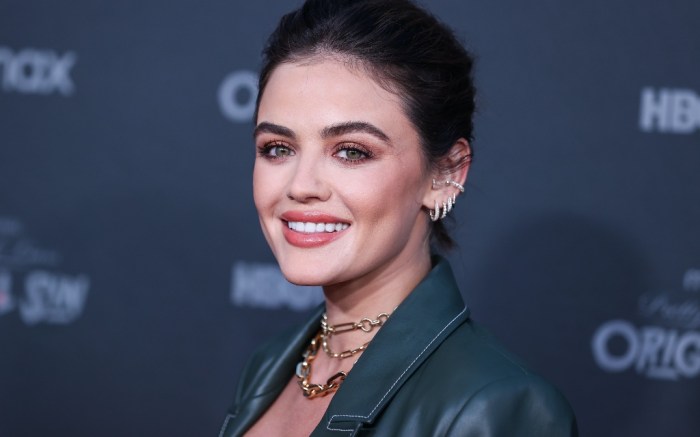 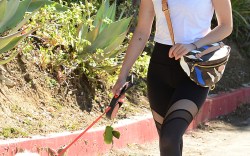 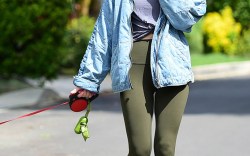 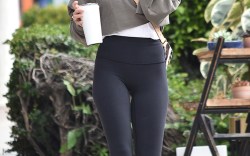 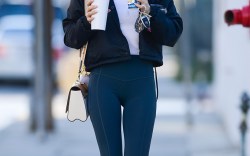 The thriller show stars Bailee Madison, Chandler Kinney, Maia Reficco, Zaria Simone and Malia Pyles as teenagers targeted by an anonymous murderer with connections to their town’s past. Hale is particularly known for her lead role as Aria in ABC’s original “Pretty Little Liars” series, which ran from 2010-2017.

For the occasion, Hale hit the red carpet at the SJR Theater in a vegan leather suit by Staud. The “Hating Game” star’s dark green set, styled by Erin Walsh, featured a buttoned blazer and straight-leg trousers accented with white stitching. The pieces were layered over a black corset top and gold chain necklaces, as well as numerous delicate gold and diamond hoop earrings, layered rings and a two-tone watch.

When it came to footwear, Hale boosted her height in a towering pair of platform pumps. The “Nice Girl Like You” actress’ style appeared to include black saffiano leather uppers, complete with closed toes and thick platform soles that created a square-toed silhouette. Completing Hale’s set were chunky block heels totaling at least 4 inches in hight, giving her a slick boost that gave her a slick height boost.

Platform pumps like Hale’s are on the rise this season, thanks to their height-boosting nature and dramatic silhouettes. Pairs with thick soles and stiletto or platform heels have proven to be the most popular, with new styles released from brands including Valentino, Tony Bianco and Paris Texas. Aside from Hale, stars Olivia Rodrigo, Kate Beckinsale and Jennifer Lopez have slipped on sky-high Giuseppe Zanotti, Versace and Gucci pumps in recent weeks, as well.