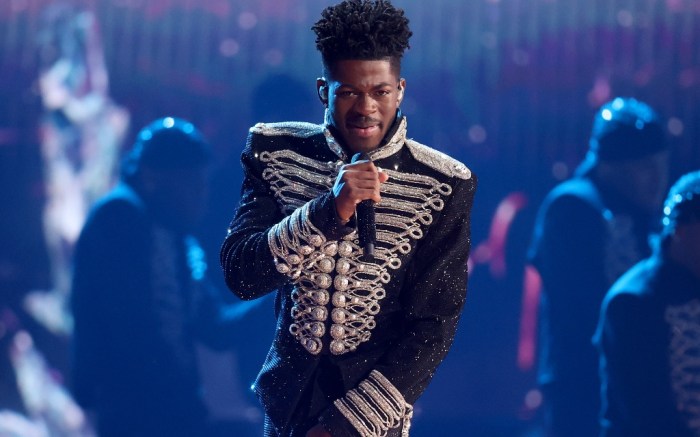 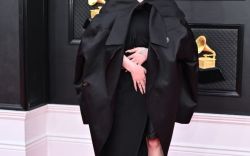 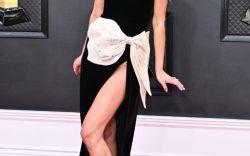 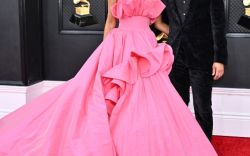 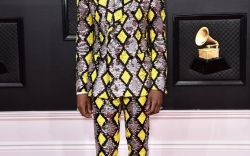 Lil Nas X continued his outfit-changing streak with three ensembles to perform in Las Vegas at the 2022 Grammy Awards. Similarly to his 2021 Met Gala ensemble, the rapper’s Balmain looks were all part of a singular theme, transforming from conservative to head-to-toe glamour.

Near the start of his performance, the “That’s What I Want” musician hit the stage to perform his song “Dead Right Now,” wearing a glittering black robe covered in Balmain’s geometric house logos. Completing the ensemble were matching crystal-covered trousers and a pair of black patent loafers.

While transitioning to sing “Montero (Call Me By Your Name),” the musician’s robe was removed to reveal a sheer one-sleeved crop top covered in ornate crystals. His setup also transformed, complete with flashing lights and critical audio clips from backlash he received for its’ controversial music video — as well as his viral MSCHF “Satan Shoes.”

Lil Nas X’s performance concluded with one final Balmain outfit, paying homage to none other than Michael Jackson. The star zipped into a black military jacket covered in crystals to match his trousers, as well as swirling embroidery — similar to Jackson’s own iconic onstage suits. With an appearance by FN cover star Jack Harlow, the musicians joined forces to perform their song “Industry Baby” to rousing applause.

However, these weren’t the “Old Town Road” musician’s only glamorous look of the night. While arriving at the Grammy Awards, Lil Nas X posed on the red carpet with Harlow in another custom look designed by Olivier Rousteing: a white jacket and pants embellished with crystals, quilted panels and pearls. Completing his ensemble were matching chunky platforms and delicate diamond earrings.