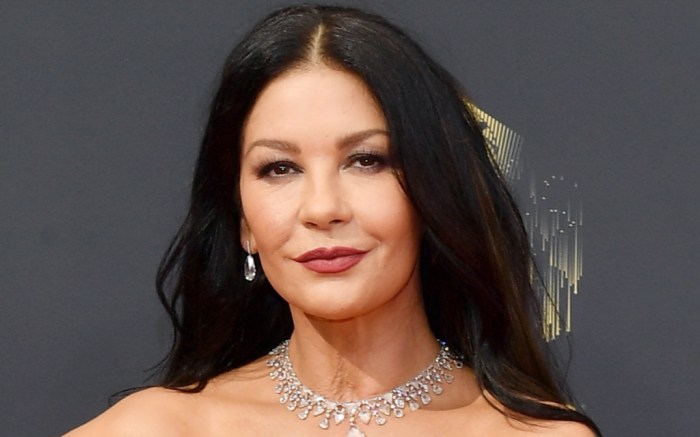 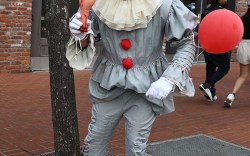 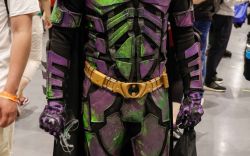 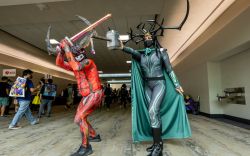 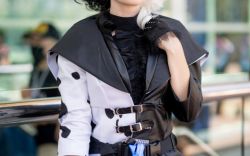 Jones is featured wearing the signature look for this character. She is fitted in a long, slimming black dress with a sweetheart neckline. The bottom of her sleeve drapes down the side of her gown. The sides of her torso are designed with a ribbed fabric that brings some contrast to the dress, that widens towards the bottom into a beautiful train.

Surprisingly, the shoe-loving actress was pictured with her shoes hidden underneath her gown in the picture released by the actor on her Instagram earlier this week. This look was put together by four-time Oscar-winning costume designer Colleen Atwood, who teamed up with “Wednesday”‘s director and executive producer Tim Burton for the vision.

Her beauty look perfectly resembles the old character’s persona. She is modeling a sleek, black hairstyle that is parted in the middle. Her reflective hair is pushed behind her shoulders and cascades down her back. Her makeup brings emphasis to the time period that the original series was set in. Her thin eyebrows accentuate her daring smoky eye look that matches perfectly with the black lip. The costume designer made sure everything married together with her nails being painted black.

Previous Disney Channel Star Jenny Ortega stars as the infamous Wednesday Addams is dressed in an unfitted, long sleeve black dress that is covered in white polka dots and cuts off at the calves. Buttons run down the middle of her dress up until the waist area. She is also wearing a dress shirt underneath that pops through the collar and cuffs. Her dress is paired with black stockings and strapped flats. Her hair is parted in the middle with two long braids going down the front of her dress. Her makeup is similar to Zeta-Jones’s with dark eyes and black lipstick.

Luis Guzmán plays Gomez Addams and he is wearing a fitted black suit with small white stripes all over. He also has a dress shirt underneath and it is paired with a black tie. His hair is done in finger waves with a part down the middle. Isaac Ordonez plays Pugsley Addams and is pictured in an asymmetrical black and white sweater and mid-length black pants. His shoes look like polished combat boots with black calf-raised socks. His hair is all swept to the left side in a sleek look. Other stars that will be featured in this series are Christina Ricci, Jamie McShane, and Emma Myers.