The Crocs Comeback: How the Brand Infiltrated the Cool Crowd 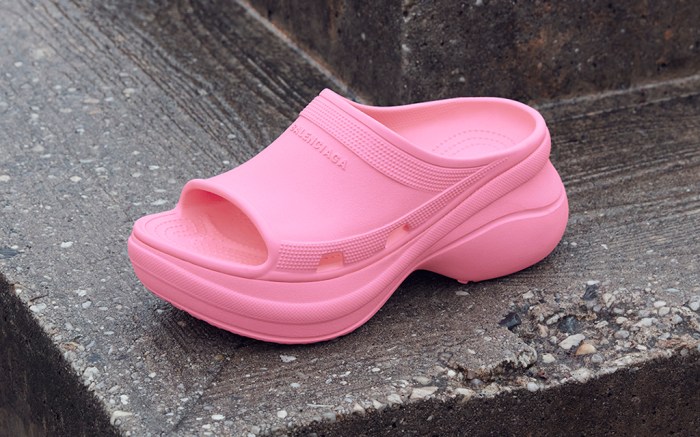 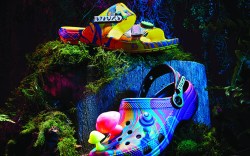 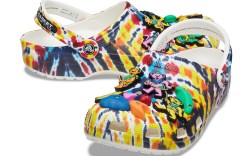 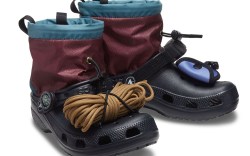 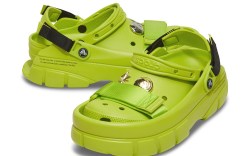 People love to hate on Crocs. When the whacky shoes first launched 20 years ago, they were aimed at boaters, then gardeners, service-workers, nurses, children, old people. “The brand was incredibly polarizing and kind of bullied,” said president Michelle Poole. “It was like the weird kid in class.”

Never did industry experts think that the clog would become one of fashion’s greatest canvases for coolness, creativity and self-expression — let alone the runway.

Everything changed in 2016, when designer Christopher Kane surprised guests at his London Fashion Week show by unveiling a Crocs collab featuring marbled designs embellished with rough mineral charms. It was unexpected to say the least.

CEO Andrew Rees said outside interpretations helped shift the mindset about the clogs.

“We had to convince more people that Crocs was relevant to them,” he said. “In addition to a digital and social strategy, we really leaned into collaborations on a very broad spectrum. Christopher Kane was one of our early [partners]. And the object of the collaborations was to drive innovation, drive relevance for their audiences and to create buzz and noteworthy PR in the marketplace.”

Balenciaga creative director Demna took the Classic Clog to new heights — literally and figuratively — after sending platform Crocs with Jibbitz down the Paris Fashion Week runway in 2017. The comfort brand’s creditability in the fashion crowd skyrocketed after the Balenciaga co-sign. Since then, the design house has produced a high-heeled Croc clog, boot, pool slide and handbag, proving that the look isn’t just a fad.

“Crocs belongs in fashion,” said current collaborator and designer Salehe Bembury. “The consumer has never been more open to new ideas, new products and new brands. We grew up at a time where shoes had to have a specific logo on them to be co-signed. Now people just want cool shit. I was just at Paris Fashion Week in June, and 95% of the models at the Louis Vuitton show were wearing the label’s own foam clog. That was extremely educational to me because that told me it’s no longer a trend; it’s a product category. This showed me the path this category of footwear has.”

And it didn’t stop there. Key partnerships from Justin Bieber and Bad Bunny to Jeff Staple and, most recently, designer Christian Cowan, have proven that Crocs is not confined to just one specific demographic. Plus, it infiltrated street culture.

“Five years ago, a sneakerhead wouldn’t be caught dead walking downtown New York City in Crocs,” said Staple. “The incredible thing about is that they have forced their way in whether people like it or not. To me, it’s one of the great brand turnaround stories.”

Poole credits part of Crocs’ success over the past 20 years to its focus on the icon, the Classic Clog.

“One of our brand values is inherent simplicity. We haven’t tried to over complicate our business.
Just like some of the best brands in the world, Apple and Burberry, you see a really high level of consistency.”

While the clog is the brand’s bread and butter, and provides a strong value proposition in the market, the company also shows its versatility through Jibbitz personalization, new colorways, graphics and the
constant flow of newness.

“What’s happened with Crocs over the years — through the investments we’ve made and by telling a consistent story — is the brand is now becoming bigger than the shoe itself. That’s a mark of a really powerful brand, when it’s not just associated with one product but is a movement people are passionate about,” explained Poole.

With that, Crocs has been able to capitalize on consumer affinity through other products. Poole said the single greatest opportunity that will drive the most growth for the brand is in the sandal category. Geographically, she predicted that Asia will be the fastest-growing region over the next five years for Crocs.

Though the company has been on an upswing, the footwear industry has been incredibly volatile over the past three years. Poole said the biggest challenge is figuring out how to, ultimately, stay close to the consumer and be as close to market as possible.

“It’s been a gradual build. If you look at our financials when I joined eight years ago, we were about a billion-dollar company, but we were losing money,” she said. “We’ve definitely focused on profitable growth. What we want to do is make sure we’re building long-term sustainable growth versus pushing too hard in any given year. The more success you have the more vigilant you’ve got to be to keep moving forward.”

Click through the gallery to see more notable Crocs collabs.