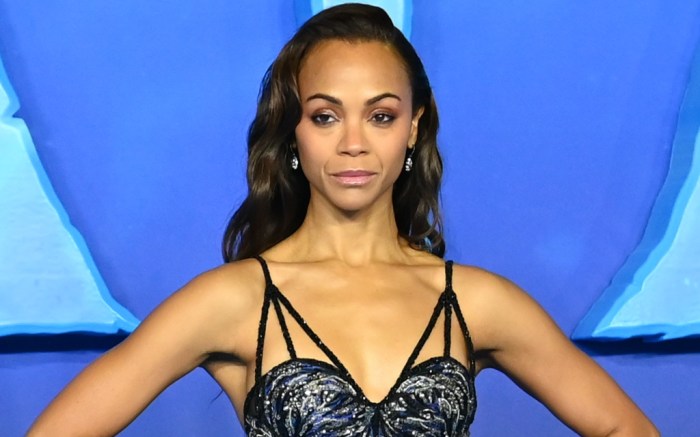 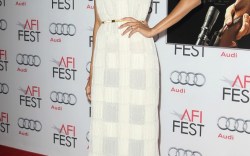 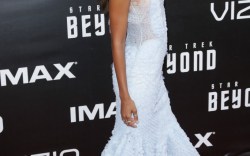 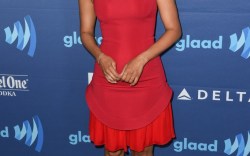 Zoe Saldaña stepped out in sheer style for the world premiere of her newest film, “Avatar: The Way of Water.” The sci-fi film, which will be released on Dec. 16, is a sequel to 2009’s “Avatar” — the highest-grossing film of all time — and stars Saldaña, Sam Worthington, Stephen Lang, Bailey Bass and Sigourney Weaver.

Arriving at the Odeon Luxe Leicester Square in London for the occasion with husband Marco Prego, the “From Scratch” actress posed in a dramatic sheer gown. Her attire featured a black, silver and indigo bodice with a deep neckline and cutout upper straps, covered in swirling leaf-shaped embroidery. A flowing sheer black skirt, gleaming from hints of black sequined stripes, completed the dramatic piece.

Saldaña’s footwear was hidden beneath her gown’s long train. However, from what could be seen of the “Guardians of the Galaxy” actress‘ style, it appeared she strapped into a set of towering platform pumps. Saldaña’s style appeared to include thick front soles with close toes, accented by curved ankle straps — all crafted from glossy black patent leather. Though her heels weren’t visible, it’s likely the actress’ shoes were complete with 4 to 6-inch stiletto or block heels.

When it comes to footwear, Saldaña’s styles are often chic and sleek. On the red carpet, the “Star Trek” actress favors stiletto-heeled pumps and mules by Louboutin, Piferi and Jimmy Choo, among other luxury labels When off-duty, she can also be spotted in Maison Margiela loafers, Tamara Mellon boots and Saint Laurent sandals, in addition to numerous contemporary styles. Her casual ensembles also feature sporty sneakers by Superga and Adidas, as well.

PHOTOS: Discover Zoe Saldana’s chicest shoe moments over the years in the gallery.