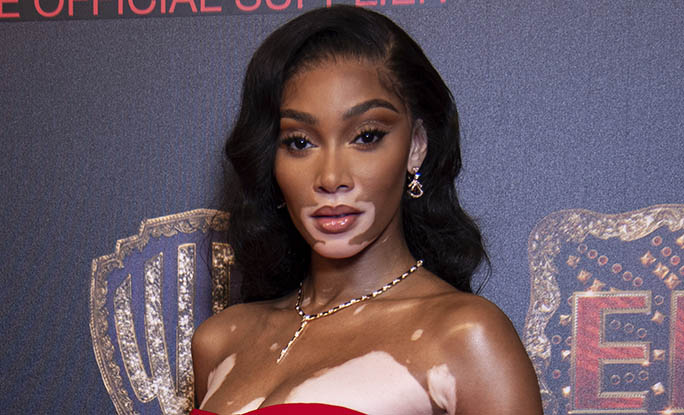 The 75th annual Cannes Film Festival has welcomed a host of glamorous global stars over the past few days and each of them have provided some incredible red carpet moments. Winnie Harlow was among the star-studded bunch. After pulling out a show-stopping custom romantic ballgown by the late Virgil Abloh, the Canadian supermodel came out to party shortly after the premiere of “Elvis.”

Harlow was dressed to celebrate in a strapless scarlet red dress. The slick number had a form-fitting bodice and a delicate hemline that gently swept the floor as she walked. She teamed the fun frock with dainty earrings, a beaded choker necklace and diamond bracelets.

Harlow opted for a side part and styled her hair in sultry waves. She added an eye-catching element to her look with black lace-up sandals. Other photos show the high heels wrapped tightly around her calves and featured a thin stiletto steel.

Elevate your ensemble with a pair of lace-up sandals.