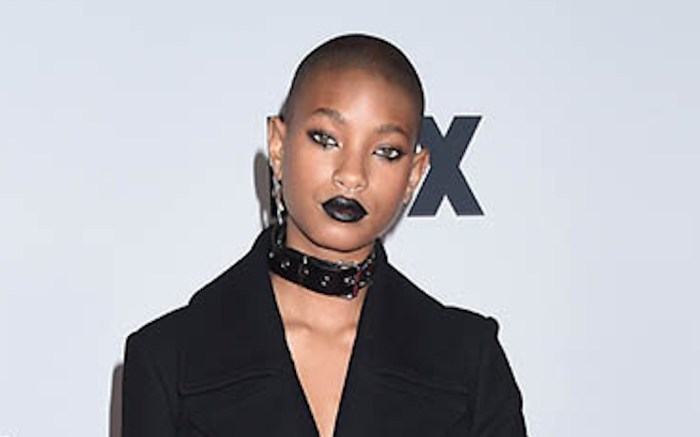 The “Wait a Minute!” singer went with a monochromatic black ensemble from Ambush consisting of a floor-length trench coat that had a row of buttons that Smith chose to leave unbuttoned below the bustline along with no top underneath for an edgy statement. On the lower half, she had on a leather miniskirt that tied her chic attire together nicely.

Black lipstick and a chunky collar emphasized the nods to goth inspiration. She made a smart choice coordinating the outfit with pair of thigh-high black leather platform pumps from Ambush’s fall 2022 collection that incorporated several straps down her legs, creating a cutout effect. The shoes had a round-toe silhouette and nearly 6-inch block heels.

The daughter of Jada Pinkett Smith and Will Smith has also created her own lane within the fashion industry. She has starred in campaigns for brands like Chanel, Stuart Weitzman, Onitsuka Tiger and Marc Jacobs. She even served as a muse for Karl Lagerfeld during the 2010s. She also has her own clothing line, MSFTSrep, with the help of her brother, Jaden Smith, that got modeled by their mother in a recent Instagram post.

Flip through the gallery to see Smith posing in the desert for Onitsuka Tiger’s fall 20 ad campaign.