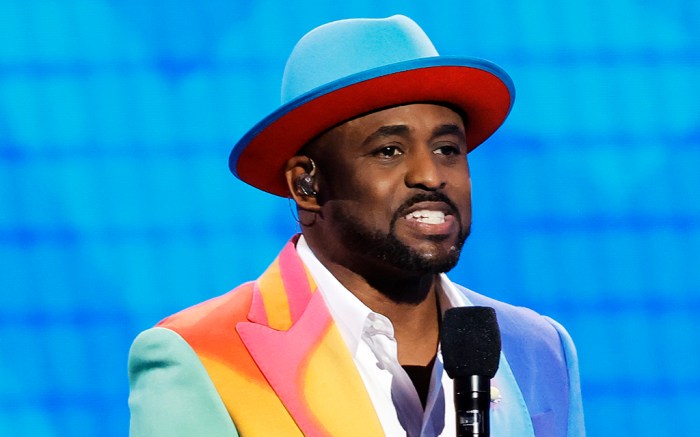 Wayne Brady took the stage tonight in Los Angeles, leading the charge as the host of the 2022 American Music Awards in a colorful suit.

The comedian arrived at the award show in an all-black ensemble which he quickly shed once the show began. Once Brady took the stage, he performed alongside Witney Carson and guitarist Orianthi.

The tailored suit consisted of a fitted blazer with a swirling psychedelic pattern which he wore with coordinating straight-leg trousers. Underneath the suit jacket, Brady added a crisp white button-down shirt.

The comedian wore a bright blue hat with red lining which he discarded as the performance started.

Sticking to the classics, Brady stepped on stage in a classic pair of tan boots with a streamlined silhouette. The leather formal footwear included pointed toes and squared heels along with a matt finish.