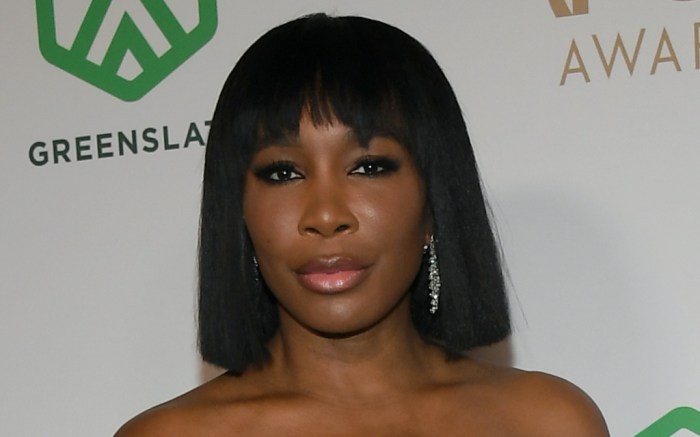 Venus Williams popped at the 2022 Producers Guild Awards on Saturday night. The tennis legend arrived at the the Fairmont Century Plaza in Los Angeles with numerous stars, including Kristen Stewart, Kerry Washington and sister Serena Williams.

While hitting the red carpet, Williams posed with her sister and “King Richard” star Will Smith in a sleek white Atelier Versace. The strapless number featured an angular neckline and side ribbing, creating a corset-esque effect. The streamlined number, complete with thigh-high slits, was paired with sparkling David Yurman earrings and rings for a glamorous finish.

When it came to shoes, FN cover star slid into a pair of bold silver sandals. The sparkly pair featured two front straps covered in crystals, giving her ensemble a major burst of glamour.