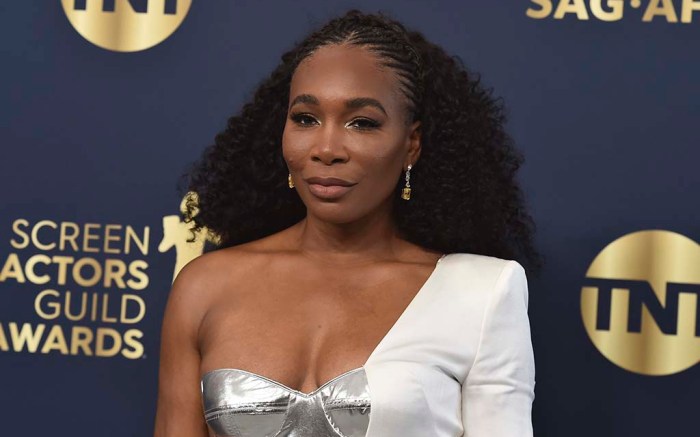 The 28th annual Screen Actors Guild Awards is kicking off strong and stylish. Celebrities are bringing their fashion A-game with extravagant outfits and picturesque glam on Sunday in Santa Monica. Venus Williams came through with a head-turning ensemble.

The athlete arrived at the star-studded event to celebrate her father and her family as the Venus and Serena Williams biopic, “King Richard,” is up for two nominations. Will Smith, who plays Richard Williams, could possibly take home his first SAG statue.

The Olympic tennis star gave major goddess vibes as she posed in a white one-shoulder gown by Dolce & Gabbana. The sleek garment was complete with a risky thigh-high slit and a sharp pointed shoulder. Williams paired the dress with a silver metallic bodysuit, which helped to add flair to the clean cut silhouette.

The Footwear News cover star opted for soft neutral glam and accessorized with dainty drop earrings and a chunky diamond bracelet. To ground everything, Williams tied her look together with sleek white sandals.