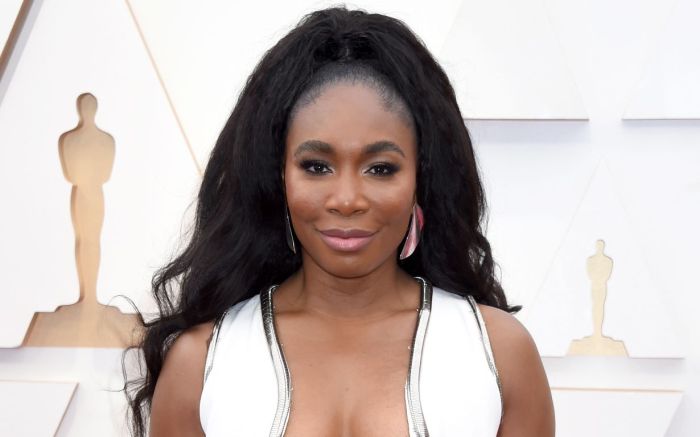 Venus Williams made a striking fashion statement on the red carpet tonight in Los Angeles at the 2022 Oscars.

The highly accomplished athlete wore a white maxi dress with a curving bodice. The dress was hemmed in areas with silver metallic detailing. Accompanying the dress, Williams wore chunky silver bracelets that mirrored the detailing in the gown. The dress was stark white with a long skirt that trailed on the carpet.

The reflective nature of the dress is breathtaking, hardly going unnoticed.

Though her shoes aren’t visible, it would be no surprise if she chose a silver pump to round out the outfit, pulling from the metallic detailing in the dress. 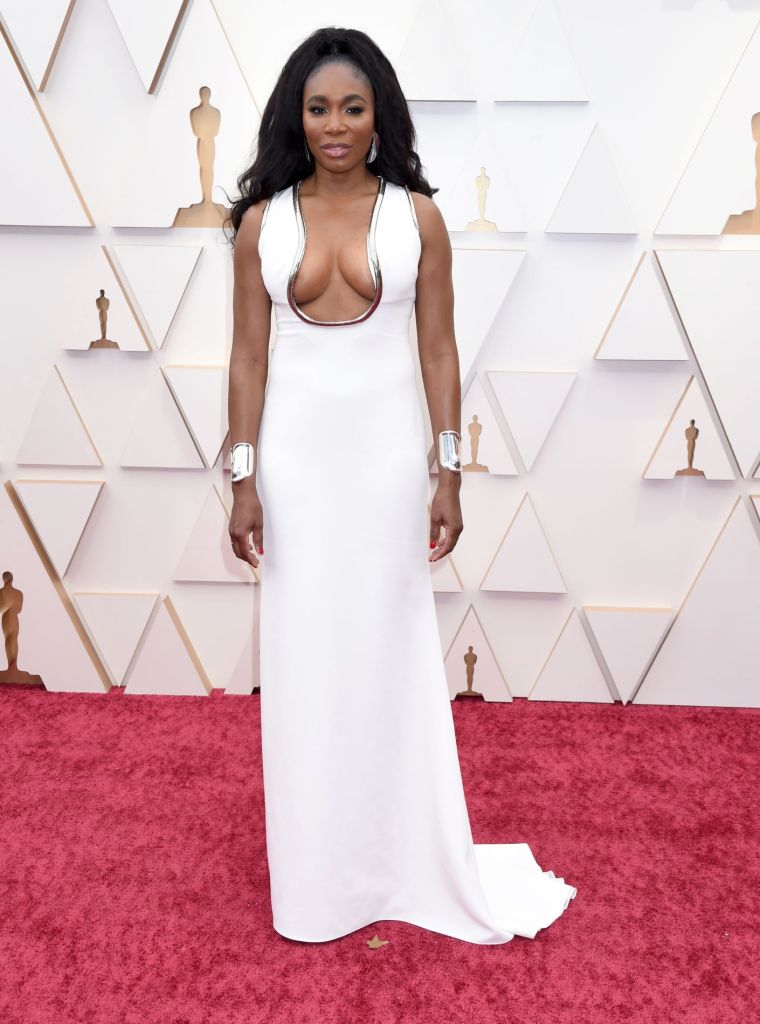 The tennis player also put on silver metallic earrings to match all the detailing. The K-Swiss collaborator’s hair was styled up and out of her face in a high ponytail.