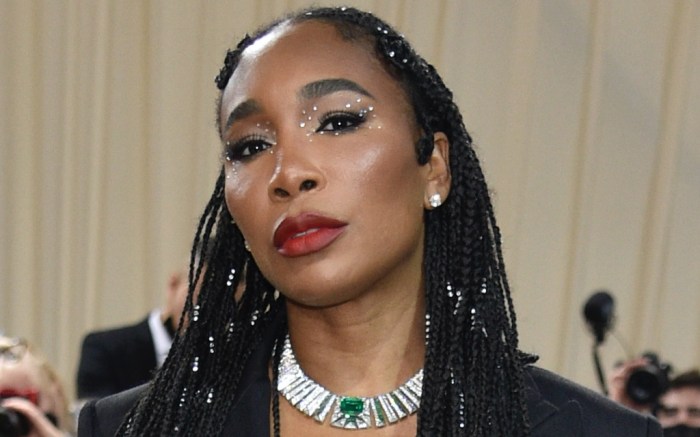 Venus Williams proved you can elevate a classic suit with just a pair of sunglasses — directly from the 2022 Met Gala’s red carpet.

Williams arrived for the occasion in a sharp black suit by Chloé, paired with a sleek corset top that included sculpted cups and accents. Completing her Gabriela Hearst-designed ensemble was a pair of diamond stud earrings and a massive diamond and emerald statement necklace. Her look was finished with sleek black sunglasses for a sultry retro twist, as well as a sparkly silver box clutch covered in black feathers.

The star is the latest to arrive to the 2022 Met Gala wearing sunglasses, in addition to Amy Schumer and Kieran Culkin.

Though her footwear wasn’t visible, Williams likely wore a matching pair of boots, platform sandals or pumps — three of the evening’s most popular styles so far. The star has also worn similar shoes on previous red carpets, making them likely go-to’s for the evening as well. As suiting is a staple in both American mens’ and womenswear, Williams’ outfit was a sharp fit into this year’s “In America” theme.