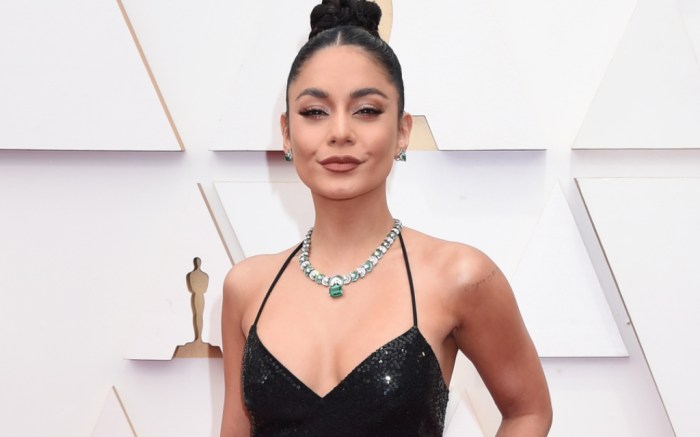 Vanessa Hudgens is looking ultra-chic to host the ABC Oscars red carpet today in Los Angeles ahead of the award show.

The “High School Musical” alum chose a glamorous black gown covered with hand-embroidered sequins from the Michael Kors Collection spring ’22 line for the exciting occasion. The halter dress featured side cutouts that extended to reveal a glimpse of her back and a carpet-skimming hem that covered her shoes from the front.

However, when the 33-year-old actress turned around, a rear slit showed off a pair of shiny silver metallic platform sandals boasting a sky-high heel. The peep-toe silhouette secured at the ankle with a delicate strap gave the 5-foot-1 host a decent height boost for the evening. Adding some bling to her look, Hudgens also donned a dazzling diamond necklace and matching earrings as well as a bracelet.