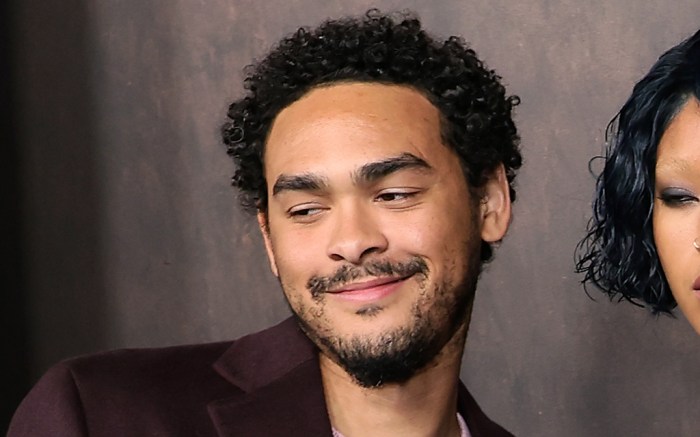 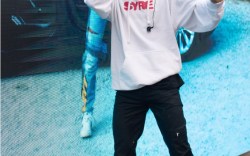 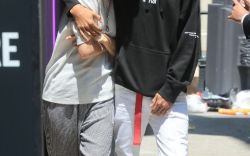 Trey Smith made a rare red carpet appearance at the Los Angeles premiere of “Emancipation.” The film, starring his father Will Smith, will release in theaters on Dec. 2 and on Apple TV+ on Dec. 9.

Marrying the worlds of casual and formal dress, Trey was clad in a burgundy coat which he layered overtop a baby pink tee. On bottom, the “All of Us” actor styled a pair of black straight-leg trousers. His look coordinated with his dad’s outfit — Will was classically dressed in a burgundy suit with shiny brown boots.

As for footwear, Trey kept up with the classics. The star laced up low-top leather sneakers, with chocolate brown leather uppers, a shiny patent leather finish, and thick white soles. The style also featured rounded toes and dark brown laces to match the rich leather hue.

As for the rest of the family, Willow wore a sharp two-piece set from Stella McCartney and towering Versace boots to match that made her appear much taller than her siblings. Jada was clad in a cascading white Stephane Rolland gown, complete with an elegant train that followed the star as she moved. The “Scream 2” star finished off her look with strappy 5-inch sandal heels. Jaden turned classic suiting on its head, repping a graphic print in black and white with what appeared to be white sneakers.

PHOTOS: Check out all of the one-of-a-kind looks from Jaden Smith.