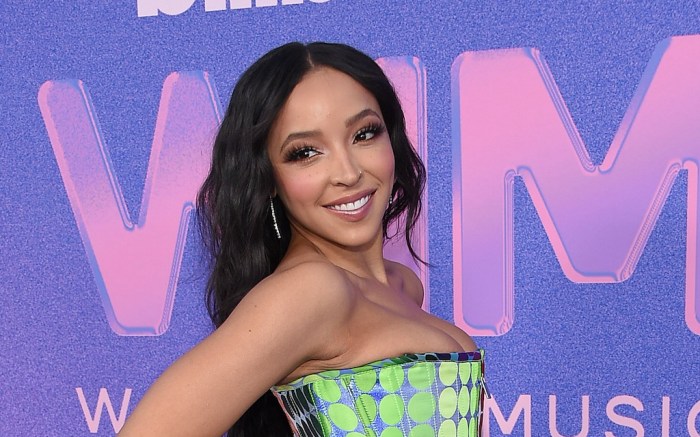 Tinashe is not afraid of color.

The “2 On” singer was spotted on the red carpet for the Billboard Women in Music Awards on Wednesday night, wearing a punchy outfit suitable for the cutting-edge musician.

When it comes to the outfit, Tinashe went with a polka-dotted gown from Christopher John Rogers that featured a myriad of colors including green, purple, red and orange in various shades. The dress was strapless and incorporated a structured bodice attached to a pegged-shaped skirt that jutted out in the back of the garment.

Tinashe elected to keep her accessories simple, donning a pair of dangling diamond earrings and a couple of rings to match.

Shoe-wise, Tinashe’s gown covered them, but it’s safe to say that if her shoes were visible, she went with platforms or pumps that correlated with her effervescent appearance.

On red carpets, the “Slumber Party” singer tends to pop on creations from brands like Alexander Wang and Juan Carlos Obando. She has an affinity for eye-catching, romantic looks when she graces the carpets that place an emphasis on being fashion-forward.