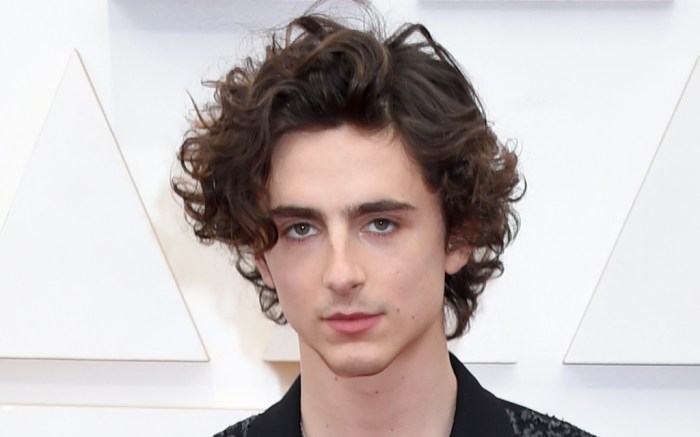 Timothée Chalamet made an elegant and edgy statement at the 2022 Oscars at the Dolby Theater in Los Angeles.

The “Dune” star hit the red carpet in a custom suit by Louis Vuitton. The elegant set included pleated black trousers for a sharp appearance. Giving the look a glamorous Gen Z twist was a black blazer with black sequin detailing swirling across it, complete with matching lace detailing and cuffs. Chalamet’s romantic look gained an even greater medieval effect from him wearing it sans shirt, choosing instead to layer a string of diamonds and a similarly dazzling panther pendant necklace by Cartier. His look was finished with an array of diamond rings.

When it came to shoes, the “Call Me By Your Name” star’s footwear was instantly streamlined from a pair of leather boots. The style featured black uppers with almond-shaped toes and glossy patent sheen. The style was complete with flat soles and short heels, proving Chalamet’s rebellious nature on the red carpet by opting to stick with his go-to style instead of dress shoes.