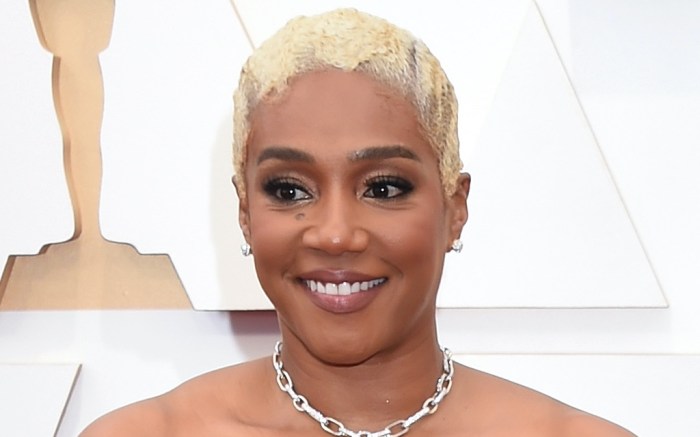 Tiffany Haddish made a sparkly green statement on the red carpet tonight at the 2022 Oscars, held at the Dolby Theater in Los Angeles.

The “Girls Trip” star arrived in a strapless custom Dolce & Gabbana gown, which featured allover dark green sequins with a slim fit and sharply draped train. Punctuating the piece were clusters of silver sequins for added sparkle. Sculpted black cups beneath the dress’ neckline created a modern take on the bustier for a striking moment. Haddish’s look was complete with a diamond necklace, stud earrings and layered rings by Pomellato, all styled by Wayman + Micah.

Haddish’s footwear wasn’t visible beneath her gown’s train. However, it’s likely she wore high heels in a pointed-toe pump or strappy sandal silhouette for the occasion. Stars like Kristen Stewart, Regina Hall and more arrived for the occasion in towering stiletto-heeled footwear.