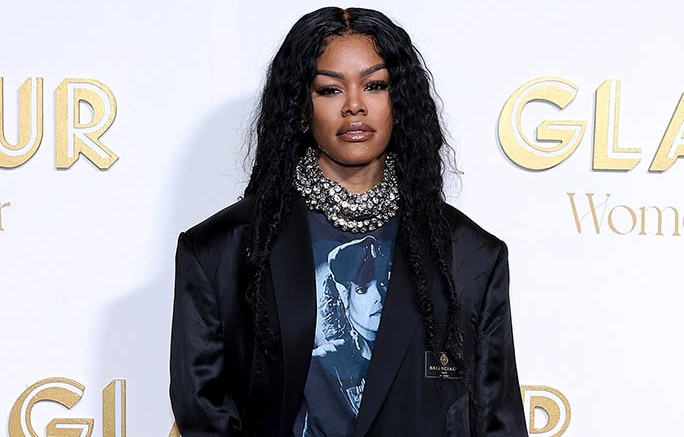 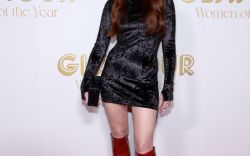 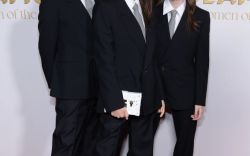 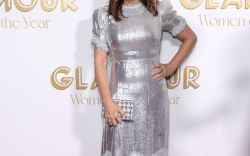 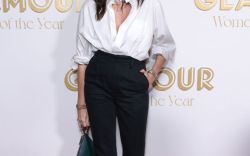 Teyana Taylor took an edgy approach to sharp suiting and paid tribute to Janet Jackson in the process during her latest appearance. The multi-hyphenate superstar attended Glamour’s Women of the Year Awards in New York City on Tuesday. The annual event recognizes and celebrates the industry’s biggest trailblazers of the moment.

Taylor joined a host of A-list celebrities at the affair including Angela Bassett, who was honored with the Lifetime Achievement Award, Sophie Turner, Nicole Ari Parker, Chloe Kim, Olivia Palermo and Jennifer Hudson.

For the celebration, Taylor donned an oversized black satin blazer. The boxy piece had wide lapels and baggy sleeves. The “Bare With Me” singer teamed the overcoat with a vintage Janet Jackson “Rhythm Nation” T-shirt and loose-fitting cargo pants. The bottoms featured large square pockets on the outseam and also included a chain that draped from the waist to the pocket.

Taylor continued to amp her look with a sequin silver wraparound choker necklace. For glam, she went with her signature soft makeup and a glossy neutral pout. “The After Party” actress parted her hair in the middle and styled half of it wavy and twisted the ends.

Unfortunately, the length of her pants didn’t allow for a peak at her footwear choice but it would be no surprise if the powerhouse entertainer tied her outfit together with towering boots, staggering stilettos, trendy sneakers or sharp pumps.

When it comes to fashion, Taylor is the queen of versatility. She has a personal fashion aesthetic that combines streetwear swag with high-fashion glamorous looks. She has made a name for herself within the fashion industry by collaborating with UK-based online retailers, PrettyLittleThing and Reebok.

PHOTOS: Discover more celebrity arrivals at the 2022 Glamour Women of the Year Awards.