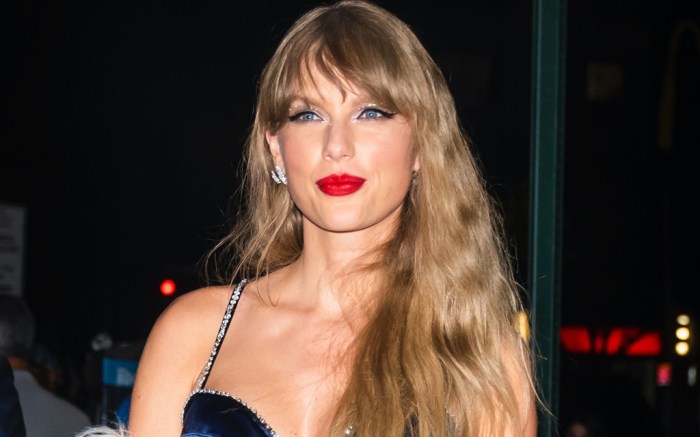 While arriving at Fleur Room for the occasion, Swift wore a navy satin Moschino minidress with a sweetheart bodice. Giving the piece a burst of whimsical glamour was sparkling crystal trim on its neckline and upper straps, as well as glittering silver star embellishments. Swift completed her look with a furry white jacket and Ananya Fine Jewellery’s diamond Scatter Wrap earrings, finishing her outfit with a burst of ’70s glamour.