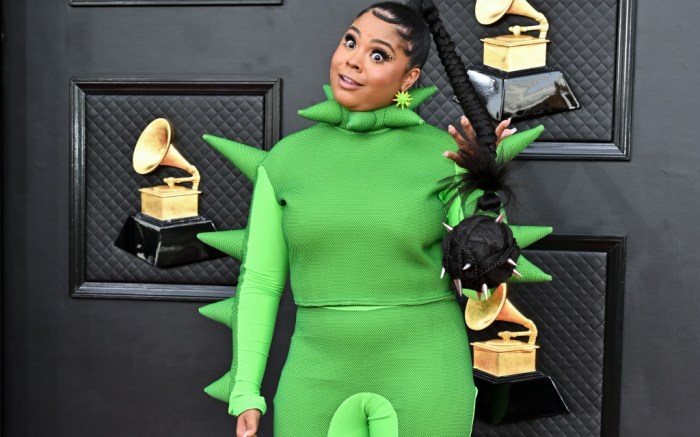 Styled by Orchid Satellite and Elias Martian, the Grammy-nominated artist wore a custom look by avant-garde designer BCalla, who has dressed other stars like Doja Cat, Lizzo, Azealia Banks and Lady Gaga.

According to her Instagram, the 28-year-old — who has written for the likes of Ariana Grande and Justin Bieber — aimed to emulate the iconic Super Mario Bros. character Bowser. Parx’s long braid even had a spiked ball at the end.

Check out all the celebrity red carpet arrivals at the 2022 Grammy Awards.