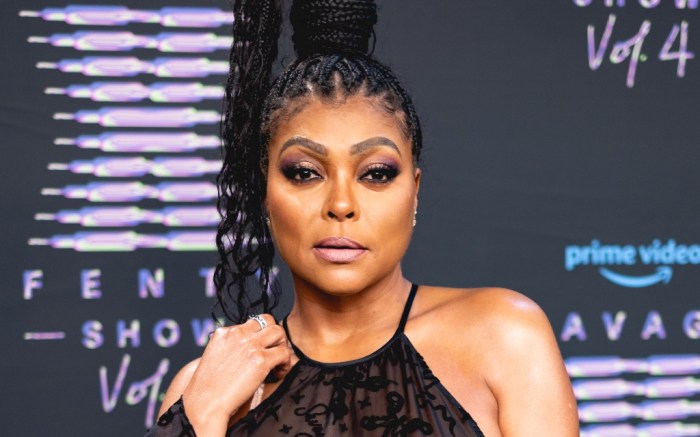 When it came to footwear, Henson’s shoes were not visible. However, it’s likely she donned a set of heeled shoes for the occasion, whether a pointed set of pumps, heeled sandals, or sky-high platforms. Sneakers and lace-up boots also proved popular options for numerous stars on the red carpet, including Bella Poarch, Simu Liu, and Sheryl Lee Ralph.

In a similarly sleek style, Henson wore a glittering silver corset, robe, and skirt during her scenes in the Savage X Fenty show film.