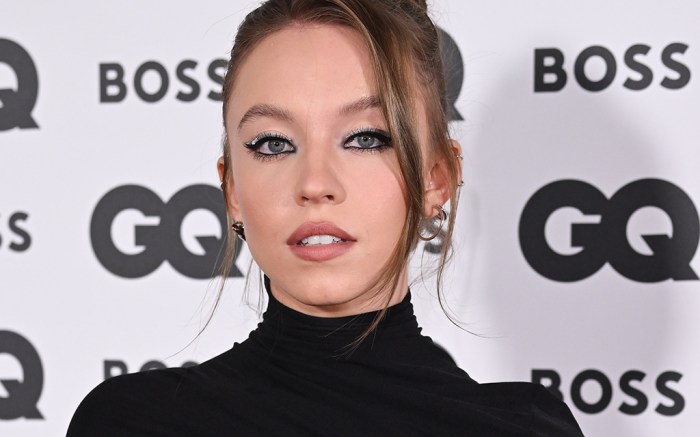 Sydney Sweeny graced the red carpet at the GQ Men of the Year Awards 2022 last night at The Mandarin Oriental Hyde Park in London. The “Euphoria” actress stepped out in a LaQuan Smith dress and sharp heels to match.

Serving up glamor, Sweeney was dressed in a long black high-neck gown with a sweeping cutout that gave way to a metallic silver armored breastplate featuring a highly reflective surface. The garment also featured a short and long sleeve, creating an asymmetrical moment that was draped to create free-flowing movement.

While they weren’t visible thanks to the lengthy hem of her dress, Sweeney wore a pair of glossy black pointed-toe pumps. The pair featured thin heels, around 3 to 4 inches, triangular toes, and a sturdy construction that offered the star a more comfortable experience.

When Sweeney isn’t acting, the star can be found partnered up with some of fashion’s biggest names. The most recent brand to team up with the actress is Miu Miu, the sister brand to Prada. She can often be seen in slingback heels, strappy sandals and pointed-toe pumps adorned with whimsical bows, sparkling crystals or PVC details that act to further elevate her ensembles.

PHOTOS:Click through the gallery to see some of Sydney Sweeney’s best red carpet looks.