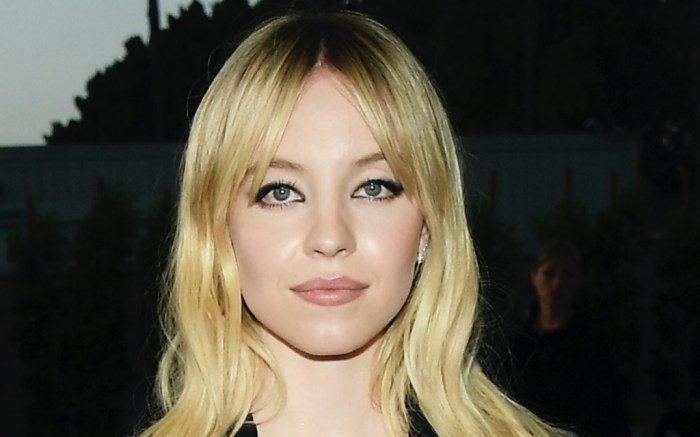 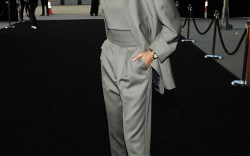 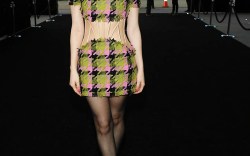 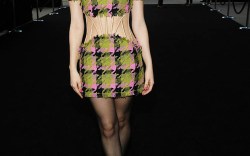 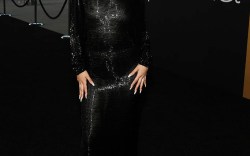 Sydney Sweeney was all business on the For Your Consideration red carpet, promoting “Euphoria” for Emmy Awards consideration in Los Angeles on Wednesday evening.

The new Tory Burch brand ambassador joined her co-stars for the occasion, wearing a sharp suit by Alexander McQueen. The Fall 2022 number, designed by Sarah Burton, featured a sharply lapeled blazer over a matching set of pleated trousers. However, the jacket gained a sharp edge from corset boning atop sheer panels — with crystal-embroidered floral embellishments bringing a sprinkle of glamour. For added sleekness, stylist Molly Dickson opted for the suit to be worn sans top, accessorizes with just a set of sparkling stud earrings.

Sweeney’s footwear wasn’t visible beneath her suit’s wide legs and the monochrome black carpet. However, the star likely slipped on a pair of coordinating pointed-toe pumps or platform sandals — two of her go-to red carpet shoe styles over the years.

The “Voyeurs” actress was notably spotted with her castmates in attendance. Though their onscreen characters Maddy and Cassie had an intense rivalry in “Euphoria”‘s season 2 finale, Sweeney and castmate Alexa Demie playfully posed together for photographers.

For Your Consideration found the “Euphoria” cast at the Academy Museum of Motion Pictures to promote the HBO Max drama for consideration for the Emmy Awards. The occasion included a panel moderated by star Colman Domingo, featuring discussions with stars Sweeney, Zendaya, Alexa Demie, Jacob Elordi, Hunter Schafer, Maude Apatow, Barbie Ferreira and Eric Dane. The event also featured a screening of the show’s episode “Stand Still Like the Hummingbird.”

Discover the “Euphoria” stars on the For Your Consideration red carpet in the gallery.