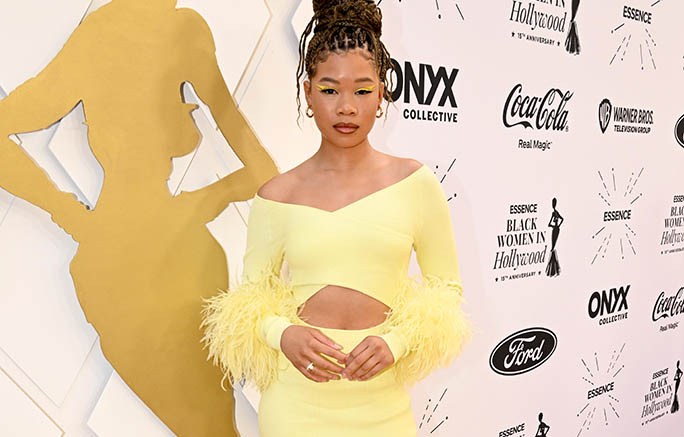 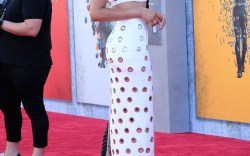 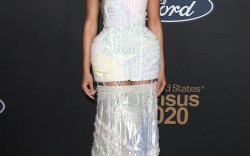 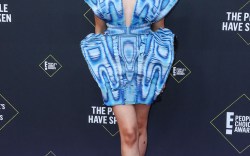 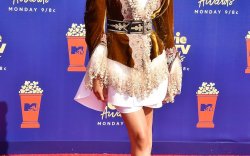 Storm Reid pulled out a head-turning ensemble for the Essence 15th Annual Black Women in Hollywood Awards held at the Beverly Wilshire Hotel in Los Angeles on Thursday. The event recognizes the extraordinary achievements of the industry’s most inspiring Black women.

Reid looked stunning at the star-studded affair. The “Euphoria” actress arrived in a long-sleeve yellow bodycon dress. The number draped off her shoulders and was complete with a cutout on the midsection and feathered cuffs around the elbows.

To give her dress the moment it deserved, she opted for minimal accessories, only adding small hoop earrings and a diamond ring. She pulled her knotless braids up into a high bun and complemented her vibrant frock with neon yellow winged eyeliner and a neutral lip.

“The Suicide Squad” star rounded things out with another eye-catching detail, white pointed-toe pumps. The timeless slip-on silhouette featured a sharp pointed-toe, a thin ankle strap, a cutout near the back and a stiletto heel.

The 15th Annual Essence Black Women in Hollywood Awards celebrates the strides made by Black women in television and film. This year’s event, held at the Beverly Hills Wilshire Hotel in Los Angeles, featured a star-studded guest list including Niecey Nash, Serena Williams, Lena Waithe, Teyana Taylor and many others. The event was created to spotlight female voices expanding and transforming the art of storytelling. Essence magazine recognized actresses Nia Long, Aunjanue Ellis, Quintana Brown and Chanté Adams as they have contributed to the creation of a vast and dynamic Black cinematic universe.