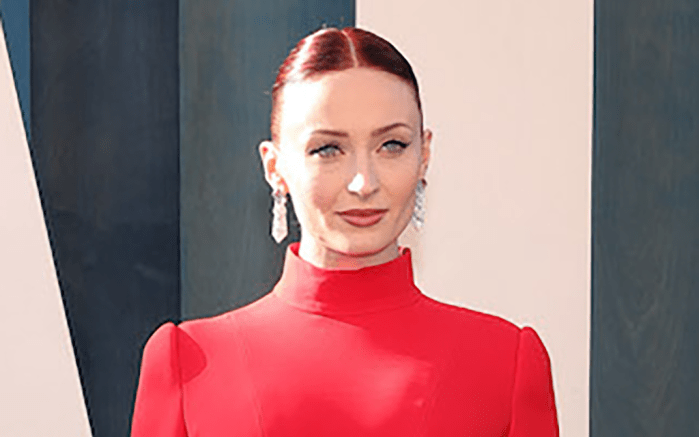 Turner wrapped her baby bump in a bright red floor-length gown that had a modest feel. The dress had long sleeves and a high neckline for a streamlined appearance.

Although Turner’s shoes got covered up by her billowing hemline, it’s safe to say that she went with a pair of heels like pumps or sandals that meshed well with her clean ensemble.

The actress elected to keep her accessories simple with a pair of dangling chandelier diamond earrings.

Jonas was sharp complement to Turner in a black and white abstract printed suit from Louis Vuitton that felt sleek and modern. Underneath, he went with a black top that provided a clean finish. He paired the eye-catching number with black boots.

Turner has also made a name for herself within the fashion industry. She has starred in campaigns for Louis Vuitton and is a fixture at fashion weeks.

Vanity Fair’s buzzy after-party is one of the most highly anticipated annual events following the Oscars. Earlier, the 2022 Academy Awards ceremony celebrated the top talents across the film industry. The event, held at the Dolby Theater in Los Angeles, was hosted by Amy Schumer, Regina Hall and Wanda Sykes. The star-studded party had appearances from celebrities like Gabrielle Union, Dwyane Wade, Mindy Kaling and Jessica Alba.