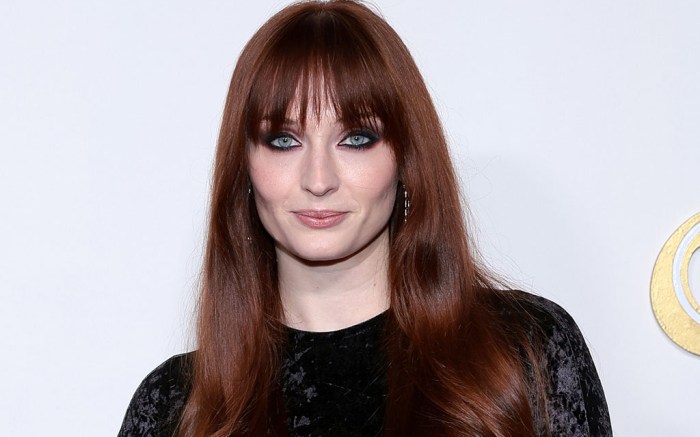 Sophie Turner graced the red carpet to celebrate Glamour’s 2022 Women of the Year Awards yesterday in New York. Photographed alongside the likes of Olivia DeJonge, Turner showed out in a minidress and striking boots – both from Louis Vuitton.

Beyond her outfit, Turner debuted a new hairstyle, completing her look with fringy bangs that offered the actress a whole new vibe.

For footwear, Turner opted for a pair of red Donna high boots from Louis Vuitton’s fall 2022 collection. The $2,490.00 boot is Nicolas Ghesquière’s reinterpretation of a classic ’70s style. The shoe is crafted from natural calf leather and features a tubular shape with a steady, square heel.

Popularized in the go-go era, knee-high boots leave the wearer’s knee exposed, but cover the calves. Often worn with skirts, the style is a wise choice in fall and winter for protecting the leg from the elements while still allowing the wearer to show some leg. The style is extremely versatile, acting as an effortlessly chic addition to any outfit.