Sigourney Weaver Locks Into Buckled Suit and Metal-Tipped Kitten Heels for ‘Avatar: The Way of Water’ 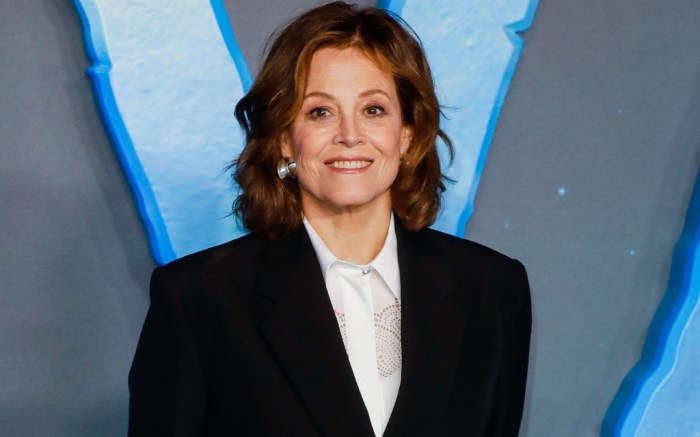 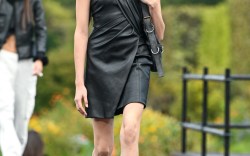 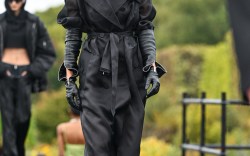 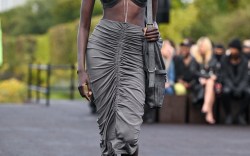 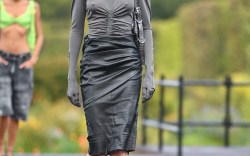 Sigourney Weaver brought a dynamically edgy take to formal attire to the “Avatar: The Way of Water” photocall in London. The sci-fi film, which will be released on Dec. 16, is a sequel to 2009’s “Avatar” — the highest-grossing film of all time — and stars Weaver, Sam Worthington, Zoe Saldaña, Stephen Lang and Bailey Bass.

Arriving at the Corinthia Hotel London for the occasion, the Golden Globe-winning actress posed in a sharp black suit by Givenchy. Designed by Matthew M. Williams, her ensemble featured a blazer with pointed lapels and matching trousers. The blazer gained a punk edge from the French brand’s signature silver 4G padlock clasp, as well as a white logo-perforated pointelle-knit blouse. Silver metal post earrings by Agmes completed her ensemble with a modern finish .

When it came to footwear, Weaver slipped into a set of kitten-heeled pumps. Her monochrome black leather style included sharp triangular toes, complete with thin silver metal tips for a slick dipped appearance. Thin soles and thin heels, likely totaling 1-2 inches in height, completed the pair with a walkable finish.

When it comes to shoes, Weaver’s footwear styles are often chic and timeless. The “Working Girl” star’s red carpet footwear often includes neutral-toned pumps, slides and heeled sandals; though some include embellishments like studs and logo fabrics, most hail from luxury labels including Gucci, Valentino and Manolo Blahnik. When off-duty, her shoe wardrobe often includes flat sandals and lace-up hiking boots. She’s also famed for wearing sneakers from brands including Converse and Reebok while onscreen in films including the “Alien” franchise.