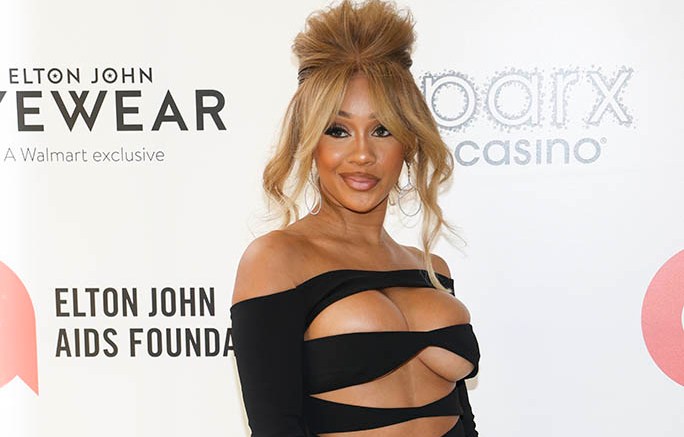 Saweetie stepped out in a floor-length black gown. The form-fitting frock included plunging neckline, cutouts across the chest and slit in the back. She complemented the number with dramatic arm-length gloves and chandelier hoop earrings.

To amp up the glamour, the chart topping musician styled her blond locs in an updo and left some of her bangs out. Saweetie finished off her look with bold eyeliner and pink nude lipstick. As for footwear, the Grammy-nominated rapper rounded things out with black sandals. The high heels included straps across the ankle and toe and a thin heel.