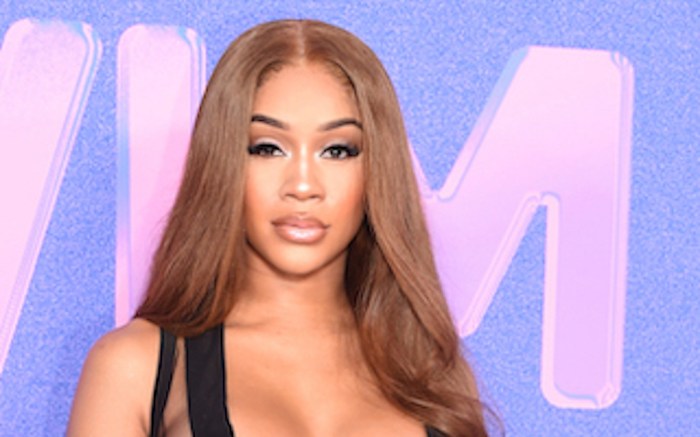 Saweetie makes a bold statement at the Billboard Women in Music Awards red carpet. The “Icy Chain” rapper was spotted on the carpet for the event on Wednesday in Inglewood, Calif. while wearing a look suitable for the “Icy Girl.”

Outfit-wise, Saweetie opted for a sheer black dress from Valentino Couture. The garment featured a see-thru bodice that featured a black strap placed along her chest paired with a black piece of fabric around her waist that separated the skirt for the top. The rest of the gown had a sheer skirt that incorporated black fringe for a festive, fashion-forward twist. The back of the dress had a solid panel of fabric alongside another see-thru fringed panel.

To complete everything, Saweetie popped on a pair of black strappy sandals that tied her attire together in an effortless way. The shoes had multiple ankle straps and had a heel height of approximately three inches.

When Saweetie graces red carpets typically, she tends to put on stylish creations from brands like Christian Cowan, Dolce & Gabbana and Giambattista Valli.