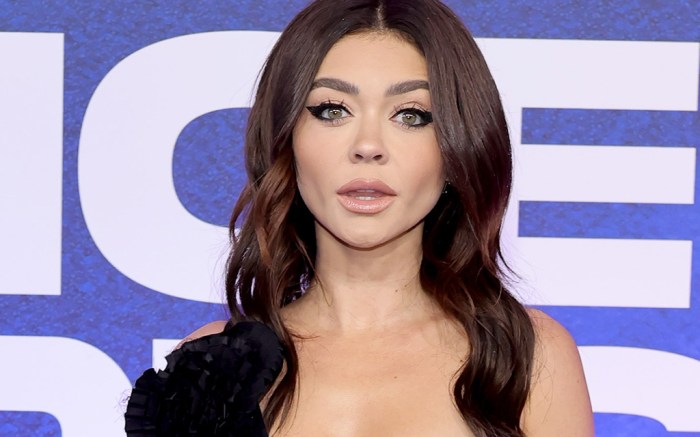 Hyland sported a black minidress with an asymmetrical bodice that consisted of a singular strappy bra cup followed closely by a “first prize” ribbon in the shape of a heart. Tightly gathered ruffles made up the skirt. Hyland added on SHAY Jewelry rings to round out the look.

When it comes to shoes, Hyland often wears pumps and heeled sandals by Christian Louboutin, Le Silla, Andrea Wazen, and many more. While off-duty, she gravitates towards flat and heeled mules by Jeffrey Campbell and Dr. Scholl’s, as well as Ugg boots. Hyland’s casual style also incorporates athletic sneakers by Fila, Reebok and Nike.