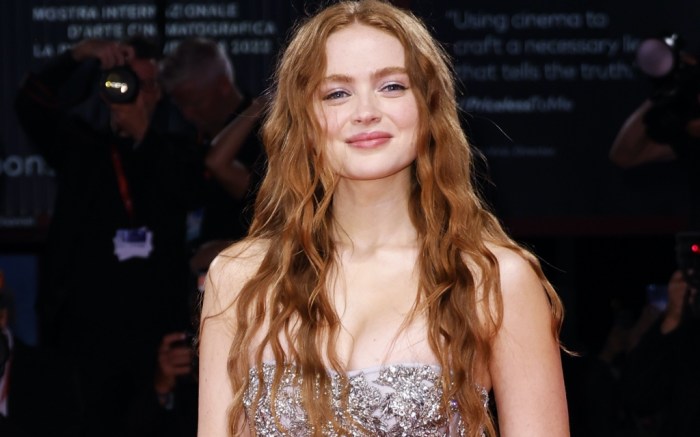 Sadie Sink made a statement while on the red carpet at the Venice Film Festival. The occasion marks the “Stranger Things” actress‘ first time at the cinematic event, which she attended for Darren Aronofsky’s upcoming drama film “The Whale” — which she stars in alongside Brendan Fraser, Hong Chau and Samantha Morton.

However, this wasn’t Sink’s only Alexander McQueen moment at the Festival. While arriving to the photocall for “The Whale” earlier in the day, she posed with Aronofsky and her fellow cast in the brand’s white sleeveless shirtdress, styled by Dickson. The midi-length number featured waistline cutouts and was layered with a black leather harness, studded with silver eyelets for added edge. A set of McQueen’s black leather platform boots, as well as the brand’s sunglasses and silver jewelry, finished Sink’s ensemble.