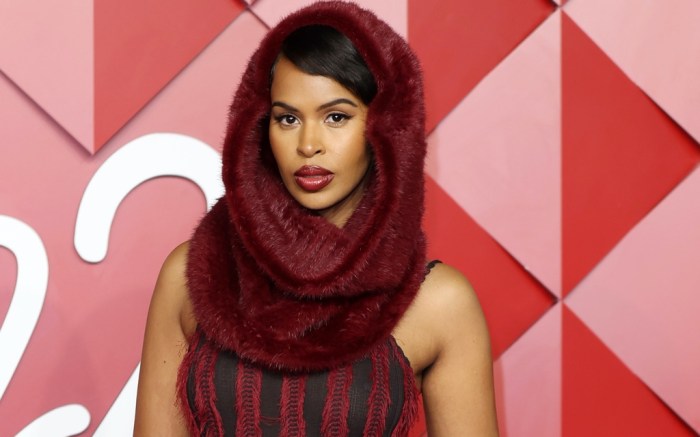 Sabrina Elba stepped out in dynamic attire for the 2022 British Fashion Awards.

When it came to footwear, Elba strapped into a slick set of heeled sandals. The Christian Louboutin collaborator’s black velvet pair included thin soles and ankle straps, as well as closed counters. Giving the soft pair a sharp finish were thin heels totaling 3 to 4 inches in height, providing Elba with a sharp height boost while walking the carpet.