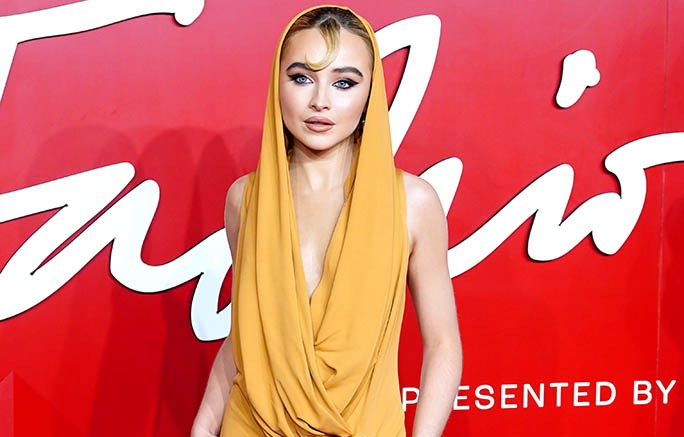 The stars are stepping out in style for the 2022 British Fashion Awards in London.

Sabrina Carpenter was one of the many famous faces to make an appearance at the affair. While arriving at The Royal Albert Hall, the pop singer posed on the red carpet in a mustard-colored sleeveless jumpsuit. The flowy piece included a hood with a deep V-neckline, knotted detail near the waist and dramatic wide-leg pants.

Adding a dose of edge to the look, the “Can’t Blame a Girl For Trying” musician accessorized with silver zig-zag earrings, several midi rings and a bracelet. Although her hair was covered with a hood, Carpenter opted for a slick style and curled a small piece of her bang. For glam, “The Goodwin Games” star went with a dark smokey eye, sharp winged eyeliner and a neutral pout.

The length of her jumpsuit didn’t allow for a peak at her footwear choice, however Carpenter likely completed her look with strappy sandals, staggering heels, sharp pointed-toe pumps or sleek sneakers.