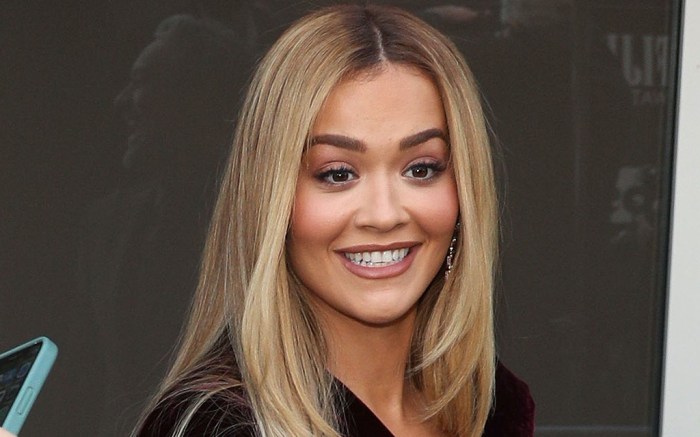 Prior to hitting the red carpet, Ora chatted and playfully posed for the paparazzi with Waititi and Stewart. For the occasion, she donned a sweeping dark red velvet gown by Elie Saab. The long-sleeved number featured sheer and velvet panels, plus a plunging neckline, for a chic yet risqué appearance. Ora completed her ensemble with a matching “Celeste” clutch by Jimmy Choo.

Ora’s shoes weren’t visible beneath her gown’s long skirt. However, the star’s hidden heels poking beneath the skirt appeared to feature pointed toes in the same red hue as her dress. It’s likely she donned a pair of pointed-toe or slingback pumps with stiletto heels—one of the top trending styles at the Awards.

The Critics’ Choice Awards honor the year’s top pictures and performances of film and television. This year’s event, hosted by Taye Diggs and Nicole Byer, will be broadcast from the Fairmont Century Plaza Hotel in Los Angeles. Leading the film categories are “West Side Story” and “Belfast,” while the TV side is led by “Succession.” The Critics Choice acting categories are led by stars from most nominated projects, including Lady Gaga, Kristen Stewart, Will Smith, Ariana DeBose, Kirsten Dunst and Andrew Garfield.
Discover Ora’s style through the years.