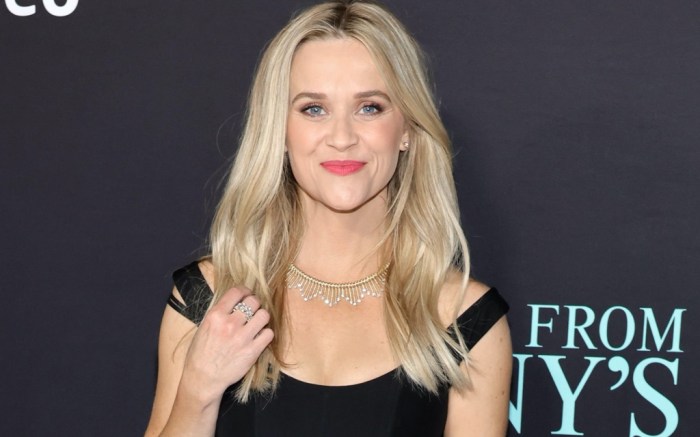 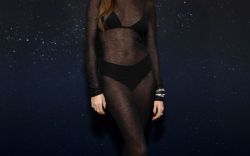 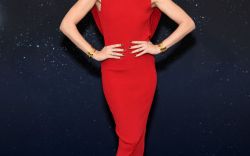 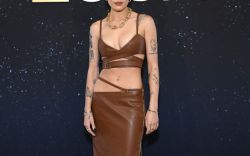 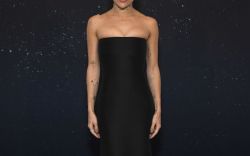 Reese Witherspoon epitomized classic glamour at the Los Angeles premiere of “Something From Tiffany’s.” The romantic comedy film, which stars Zoey Deutch, Shay Mitchell, Kendrick Sampson and Ray Nicholson, will debut on Prime Video on Dec. 9.

Stepping out at AMC Century City 15 for the occasion on Tuesday night, the “Legally Blonde” star posed in a sharp black dress. A classic take on the everywoman “LBD” style, her piece included a slim fit with a sleeveless, knee-length silhouette and rounded neckline.

Witherspoon’s versatile ensemble was complete with a Schlumberger fringed gold, platinum and diamond necklace, diamond and gold Elsa Peretti stud earrings and a diamond and platinum Schlumberger ring from — where else? — Tiffany & Co. The actress has notably co-produced the film with Amazon through her company Hello Sunshine, as well.

When it came to shoes, Witherspoon’s footwear was utterly sharp: a set of pointed-toe pumps. Cast in the same black hue as her dress, the actress’ pair included a satin composure with rounded counters. Thin 4-inch stiletto heels finished the set, giving it an equally classic — and height-boosting — finish for the occasion.

For footwear, Witherspoon’s pairs often follow the simple route to complement her colorful attire. On the red carpet, the “Little Fires Everywhere” star usually opts for jewel-toned or neutral pumps and sandals from Christian Louboutin, Jimmy Choo and Gianvito Rossi. When off-duty, she can be spotted in low-top leather or athletic sneakers by Common Projects, Veja and Hoka One One. The star’s also a fashion leader in her own right, launching her Draper James brand in 2015.