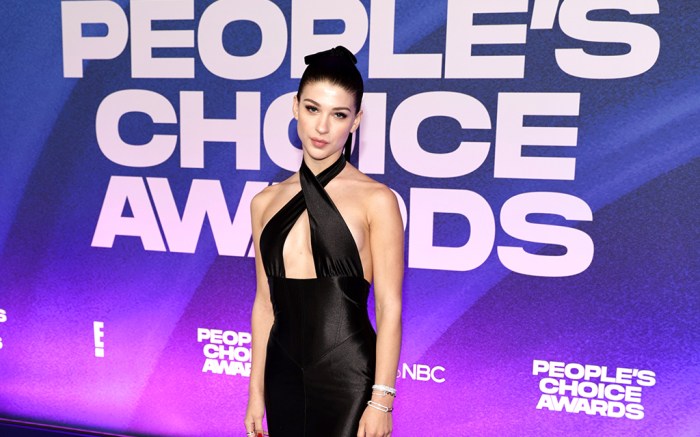 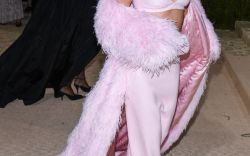 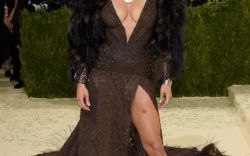 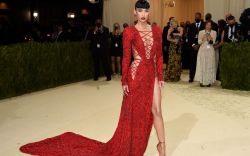 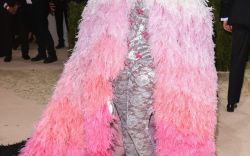 With her boyfriend Robert Ross by her side, the daughter of Microsoft founder and philanthropist Bill Gates, went for a bold all-black ensemble, including show-stopping platform heels.

Gates’ look centered around a Retrofête gown made of a silky black fabric in a criss-crossed halter neck style.

The gown featured a risky angular cutout just below the bodice that further diversified the silhouette, keeping things interesting.

On the accessories front, the eco-friendly fashionista opted for gilded pieces with diamond embellishments from Walters Faith Jewelry that had Gates shining all night long. The Stanford student styled her hair in a slicked back ponytail that was neatly kept in place with a dainty velvet black bow.

As for footwear, the sustainability advocate stepped into a pair of black peep-toe platform heels that streamlined her tonal look.

The platform shoe trend is one of the easiest styles to incorporate into any wardrobe. It is one of the most sought-after shoe styles as a wide selection of brands like Gucci, Burberry and Jimmy Choo have already started to level up their footwear selection. From minimal to colorful, affordable and luxurious, there is a platform sandal for everyone.

PHOTOS: Click through the gallery to see how other stars styled platform heels at the 2021 Met Gala.