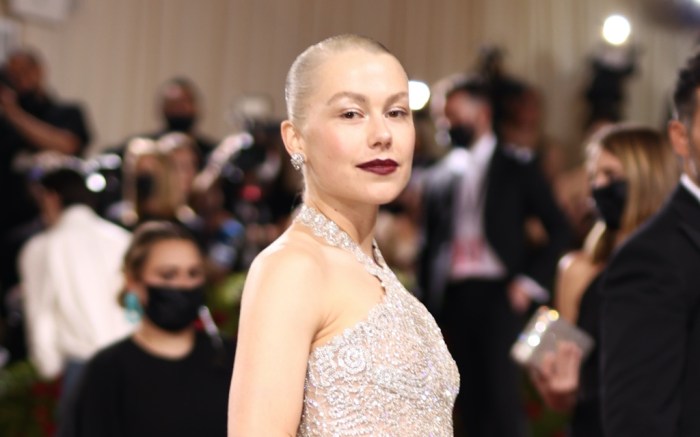 Phoebe Bridgers took a glam approach to her Met Gala arrival on Monday in New York.

The “Punisher” singer hit the red carpet in a crystal-embroidered dress designed by Jonathan Simkhai, who also attended the event. The dress featured a halter neck style and a sheer floor-length skirt. She accessorized with diamond stud earrings, a bracelet and one large ring. Her shoes were hidden by the long dress, but she wore a pair of metallic heels.

Paul Mescal, Bridgers’ boyfriend — and rumored fiancé —  escorted the singer on the red carpet. He wore an all black look from Valentino. He added small touches that popped against the monochrome look including a floral boutonniere and one silver ring.

See more of the red carpet arrivals from the 2022 Met Gala.