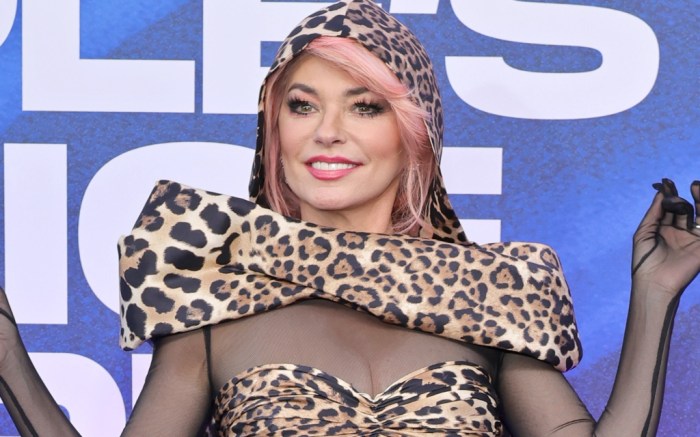 Shania Twain mastered the art of self-reference at the 2022 People’s Choice Awards.

While arriving at Barker Hangar in Santa Monica, Calif. for the occasion, the Grammy Award-winning musician — who will be honored during the ceremony with the Music Icon Award — posed in a dramatic long gown. Her ensemble featured a sheer black base with gloved sleeves and a soft velvet low-rise skirt, punctuated by a curved waistline. A bra-style bodice, as well as structured shoulders that streamed into a draped hair scarf, featured a beige and black spotted leopard print — a distinct reference to Twain’s iconic allover leopard-printed Marc Bouwer outfit from her 1998 “That Don’t Impress Me Much” music video.

When it came to footwear, Twain’s shoes were not visible beneath her gown’s long hem. However, it’s likely the “You’re Still the One” singer finished her attire with a set of heeled boots or sandals — two of her go-to shoe options when making public appearances.