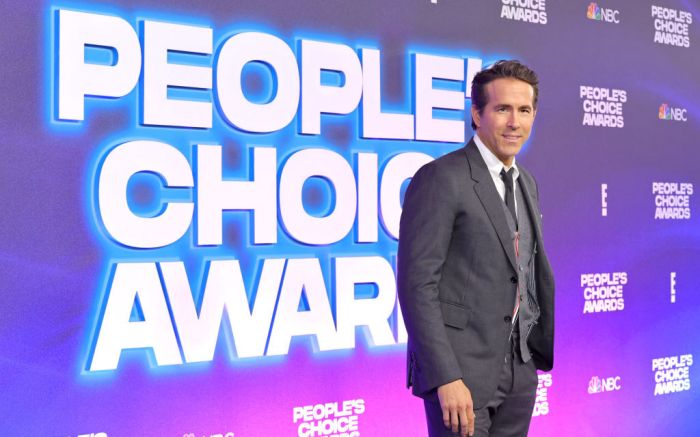 The actor was honored as this year’s People’s Icon for his work across film and television. To accept the award, he opted for a tailored three-piece suit featuring a one-striped accent of red, white, and blue along the vertical hem of his vest. Even the buttons of his underlying garment had a light gray hue. He contrasted the monochromatic colorway with a white button-down.

As for footwear, Reynolds donned a pair of black patent leather shoes. Patent leather is leather that has been glazed or polished to withstand water. The name comes from the fact that the process of creating patent leather was recognized by the British patent office in the late 1700s. Commonly used in dress shoes and heels, patent leather today is sometimes coated with polyurethane. The style gave him an extra touch of elegance.